The first thing that comes to mind is: is this game damaged? Because as soon as you 'insert' the disk (the virtual disk, in this emulator) and type cat, all sorts of weird things start happening. But reading the docs helped, and I found a note somewhere that said: "type |cpm to load". Aha! 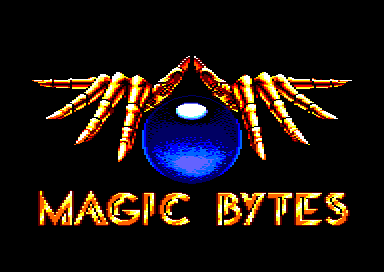 And it does then load. Which seems to take forever to load and you're left wondering whether anything is happening at all, but it's hard to say because the emulator I'm using doesn't "emulate" the sound of the floppy drive or show a very obvious "LED" emulation. Back in the days you could deduct that something was at least happening because you could feel the drive spinning. 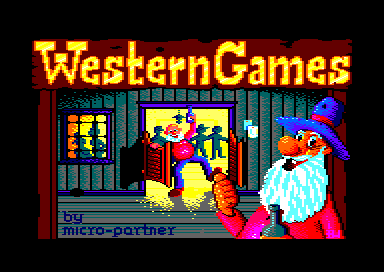 Off we go with the intro screen. The graphics are big and colourful. You feel cheered up by looking at them, and the intro screen is a good example of what's to come. Unfortunately that's mostly it: big cheerful graphics, but mostly static, and an absolutely uncontrollable character. I essentially went through each of these unconventional 'western games' without finding out how to get the character to do what I had to do... or even getting him to do anything AT ALL. It was as if all my movements were ignored. Probably there was some extremely idiosyncratic way of doing this, but I failed to find it.

And to prove my point about the peculiarity of controls, here's this example: if you don't move the visor with the joystick and fire until it's exactly on the target, you won't be able to start the game at all. I thought it was ignoring me as I fired over the text, but nay. Or maybe I had to scroll down with the arrows? Nay. Good luck I was inspired enough to try firing at the target. 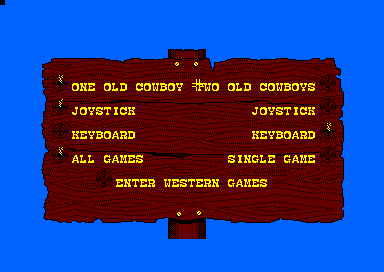 Regarding the games themselves, they are pretty peculiar and of course the kind of thing you would do if you were in the Wild West. Of course! 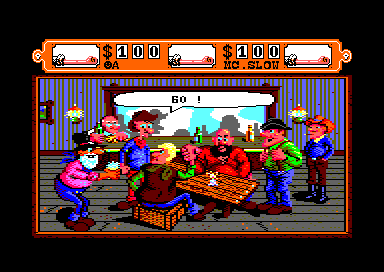 Did I have to repetitively fire? I tried, but didn't work. My arm was wrestled. 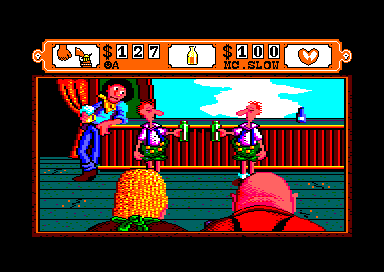 The visor is absolutely impossible to control with a joystick. This was looong before we had proper Wiimotes and it shows. I think I shot the hands of the bottle holders when I managed to shoot anything at all. A disaster. 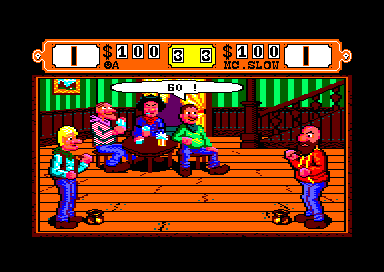 I don't think I even managed to spit at all. It seems like you select the strength pressing up in the joystick, then I thought you would fire, but that didn't do anything, and the strength looped back to nothing. In the meantime, my adversary kept filling my hat with his spit. Eughhh.

Also, it's probably chewed tobacco that is being spat. 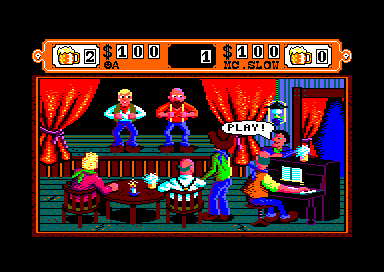 This is also the only time we get to hear something resembling a melody, where a 'cancan' style song is played and a woman dances to teach us before we get to try and do the same.

There's very little room for errors (as in: no room at all, if you miss a step that's it) and there's also no guide as to which movements to do. I guess I'm used to something more like guitar hero where you get suggestions and you don't need to do everything PERFECTLY or otherwise you loose. Add to this that it's impossible to control the player effectively--how do you raise your arm? or move your leg? Mystery. 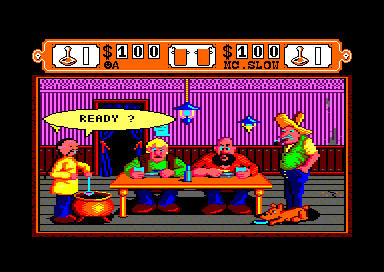 This one seemed like I had to alternate between eating and drinking? but I had no idea of how to do either. At this point I gave all hope of understanding the controls, and left the computer running and went to make myself some tea, while the computer-controlled player binge ate. 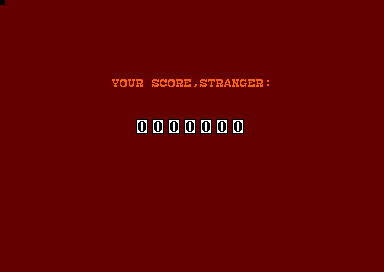 Me, all the time: scoring zero points[/caption]

The inevitable result of my lack of player-controlling ability is that I scored exactly zero points at all the games, so I would see this after each round. So uplifting. Good job the graphics were so cheerful because otherwise I'd feel utterly depressed. I just persisted because I wanted to look at the graphics. 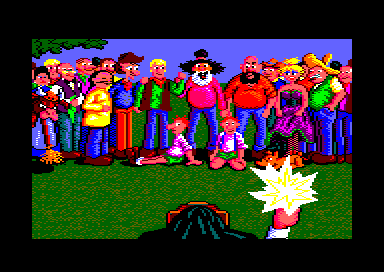