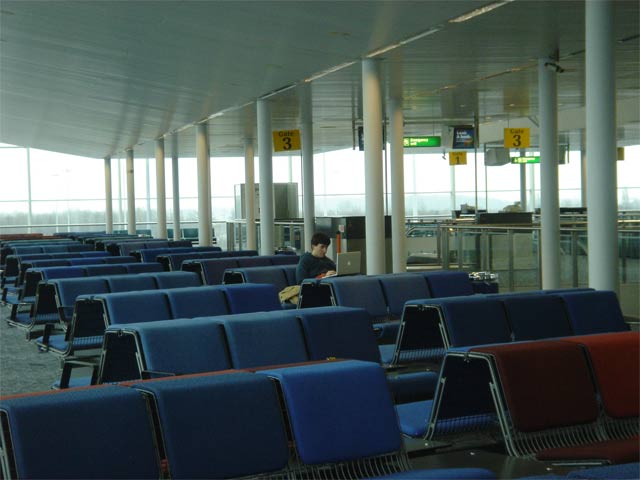 (As it looks like I remember lots of things and if I write all in just one post it’s going to be horribly long, I’m going to split it into several posts, as I feel like)

First warning of Iceland’s being a quiet place it’s found in the airport. You get late to the check in and not only you don’t find any queue whatsoever, but your sequence number is 15.

While waiting for boarding, icelandic emptyness surrounds you, as you can see in the picture, and you wonder where the other 14 passengers are. May they be part of the staff? 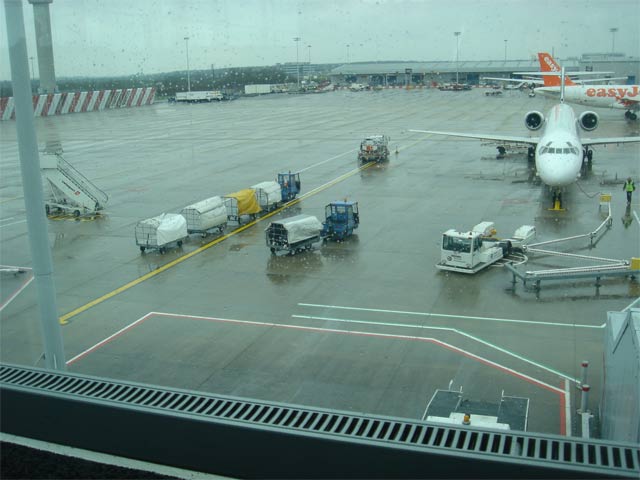 Finally, a weird plane appears, a Boeing with rows of 2+3 seats (in contrast with the usual 3+3 or even more), and you can see there’s only one carriage with suitcases to be loaded into the plane.

We are 10 people waiting! There’s a woman sitting in front of us, with a pair of tweezers. I wonder if she has passed them through the security check (they are a piercing element!) or if she has bought them later. Should those things be sold in airports?

Some minutes later, icelandic peace gets disturbed with the appearance of a group of spaniards which, besides sounding like an Spanish actor/humorist called Paco León, they also brought stress and rogue with them. “Hey, there’s that Final Call message over there, that means we gotta enter now, doesn’t it? should we enter?” 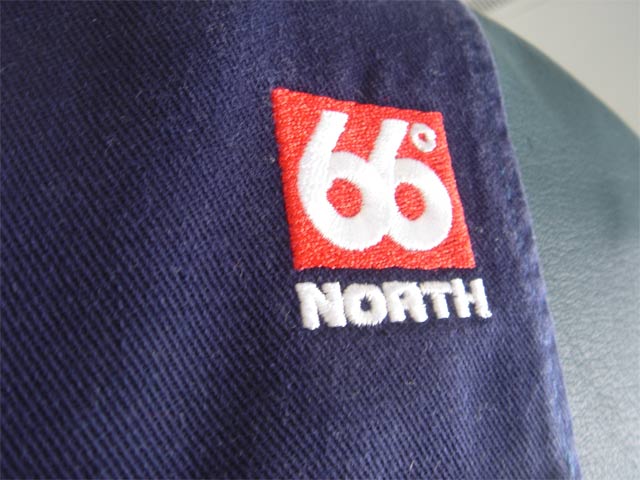 When we finally entered the plane, we got surprised by the comfortable leather and bigger than normal seats. Well, mr.doob aka “little legs” got specially surprised, I still had plenty of space.

The seats covers were sponsored by 66ºNorth, which is a clothes company quite famous in Iceland. Casually, I can’t but think about C4RL05 logo, at his page noventaynueve. With a difference: it is upside down

I spent the three hours of the flight alternating between reading, sleeping and getting awaken with the shouts of the spaniards, which got to an extreme paroxysm when we were almost going to land and we could see what I believe it’s Iceland’s south coast. 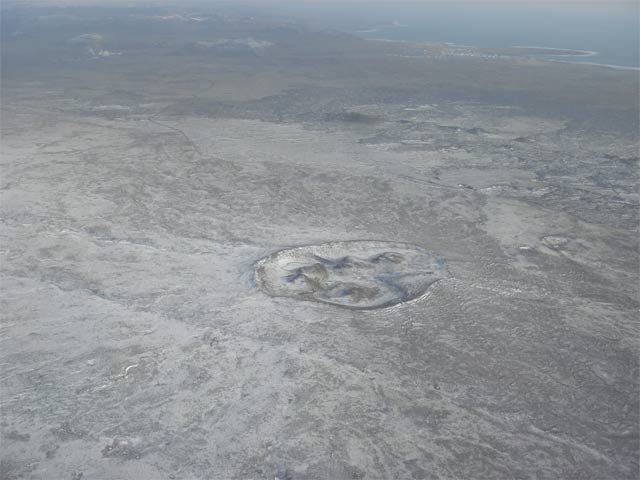 Not less strange than landing in between ice!