When we moved to our first flat, we signed up for a DSL connection with Bulldog. It was really good: reliable connection, the corporate image was quite decent, and the online clients area (the lounge, as they called it) was usable. 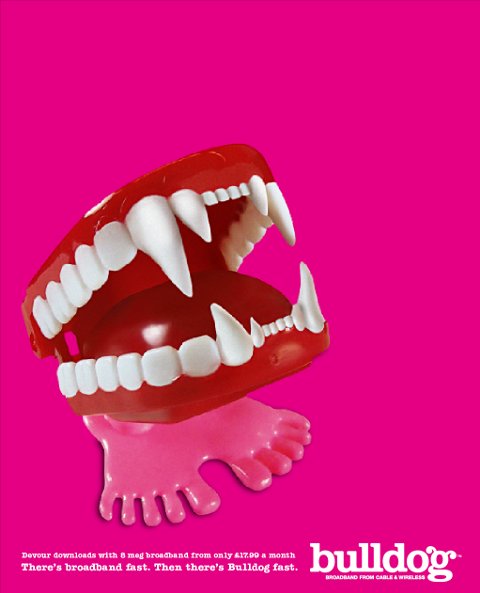 Since then, several disastrous things happened with Bulldog. It was first sold by Cable and Wireless (its parent company) to Pipex, a company whose business was internet hosting. They then began to apply throttling to secure (encrypted) connections like https, scp, ssh, etc, and speed capping if you used a certain amount of bandwidth. But it could get even worse: pipex's broadband division was then acquired by Tiscali, which is close to saying that our broadband service was provided by one of those crappy y2k web 1.0 portal companies.

We hadn't sign up for anything like that, so we decided we would change to a new provider.

November 2008: the month of emails

So I sent an email to pipex customer care, asking them for information in order to migrate from pipex to a different phone and broadband company. We had a long exchange of e-mails which led me to believe that pipex's internals were way worse that anything I could ever think of. Each e-mail was replied by a different person, at horrible hours in the night like 3 or 4 AM, and apparently didn't bother to read or understand the full history of the ticket, so I had to repeat myself several times. Probably the customer care service was located somewhere where our 3 AM is their office hours.

At the end of that useless thread they said they would send me my MAC by post. Now for the non UK residents, it's not that they had kidnapped my powerbook, but they were going to send me a number which I would give to my next broadband provider so that they could complete the migration.

I then went on holidays and when I came back at the end of December, there was no sign whatsoever of the MAC code.

So I replied to their last e-mail, saying it had been more than one month since they promised to send me my MAC number but I failed to see it. This time they finally gave up on trying to keep me as a customer with lies, and admitted they could never send me a MAC because I was on a Pipex enabled exchange. I would need to cancel my account with Pipex in order to migrate to a different phone and broadband provider.

Instead of dialling the cancellations number they provided me, I looked for an alternative one in saynoto0870. I found a local one, dialled it and had to wait for 15 minutes because they had a high calls volume, although I'm pretty sure there was only a person in the call center, and she was having lunch.

After I expressed my desire to cancel their service, she tried to scare me, saying that if I left pipex, BT could charge me with a pricey connection fee. Since I knew that didn't apply to working phone lines, I ignored her menace and rejected her offer to stay in pipex even if they offered me an special price.

She said I needed to call BT and ask them to do something called Return to donor, which I guessed meant something like BT disconnecting the wire which goes to my house from Pipex's sytems and reconnecting it to their equipment at my local exchange.

I called BT and explained my situation. Everything was dealt with rather quickly (and without menaces). The guy on the phone let me know what my new phone number would be and when could we expect BT to activate their service. We still had to wait around 15 days but that was an unavoidable minimum.

Two days later, to my surprise, I got a letter from BT confirming again my phone number, the account plan details I had signed up for, when would my service be activated and several more data. This was great, considering I had had to call myself to my mobile to find out what my pipex phone number was, because they never sent us a letter like BT's one.

The big day arrived and effectively at around 11 AM the broadband service stopped working. I called myself again to confirm it and yes, we had the new number. We could order Be already!

Be is a company which offers broadband at fantastic speeds, up to 24 Meg for £17.50/month (VAT included). Ironically the owner of Be is O2, which is owned by Telefonica, or the equivalent of BT in Spain, and they don't seem to have a problem with charging €44.90/month for up to a ridiculous 10 Meg in Spain. That, to me, is outrageously stealing. But I'm digressing...

We ordered the Be service on a Wednesday evening. They said the maximum speed we could reach, taking into account our distance to the phone exchange, was 23 Meg, which wasn't bad at all! They also said we had to wait 2 to 4 weeks to get connected.

Since I had signed up for SMS alerts, on Thursday morning I got an SMS confirming my order had been placed and the maximum speed we could reach again. The rest of the day was very exciting. A mere 20 minutes later I got another text saying my payment method had been properly configured, and 2 minutes later they said they expected the service to be active by Monday. I was really impressed with this speed!

Three hours later they sent me another message which confirmed that the "welcome pack" (i.e. the modem) was in its way, and another message which said something like: your welcome pack will be delivered on Friday, but if it does not suit you, reply this message with 1 for Monday, 2 for Tuesday or 3 for Wednesday. Now that's what I call efficiency and living in the 21st century! I was delighted.

Friday arrived and I received the pack as expected, but since the service wasn't going to be activated until Monday, I didn't bother too much. Ha, but I wasn't aware that Be meant FAST... ten minutes later they sent me another SMS saying our line was now activated and we could use the modem already. WOH! So their 2 - 4 weeks in fact means 2 days.

The BeBox is disappointing

Obviously, I had to try the modem - christened the BeBox by their marketing department. It looks a lot like a mac mini, only with several leds with labels that can only be read if you skew the box at a very particular angle and look at it from a certain distance. In short: it provides close to zero information from the outside.

The inside is not better. Internally it is a Thomson speedtouch router, and I can understand now the pain of Thomson owners in order to configure simple stuff. My first attempt at changing the internal ip range to something more sensible than the default (192.168.254.x) just got me kicked out of the network and totally unable to access it again. It's the first time I have ever had to reset a modem to restore its factory settings. Not nice.

At the end, I gave up on the internal ip since mrdoob said he had dealt with a similar router at work and I didn't want to keep fighting with that absurd, out of this world, interface.

I then tried to configure some firewall rules, but they had been rebranded as something like Gaming and applications sharing. Eeew. Editing those was also a pain: if you wanted to edit a rule which was in use, you had to deassign the rule, edit it, and then assign it again. Also, you couldn't apply the same rule to more than one computer: you had to create another one, even if the settings were the same.

All very silly, and I guess that box is suitable only for people who connect only one computer to watch HD youtube videos, and never ever try to configure anything. I was already missing the interface of our old Netgear DG834G. 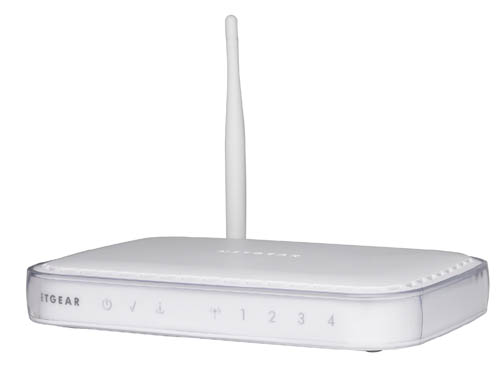 Then I thought that maybe a firmware update could help our DG834G to work with ADSL2+ (which is what Be uses). So I downloaded the latest update, applied it, and changed the connection settings in the old good Netgear to use Be's. I also told it to use the same MAC address that the BeBox used, so that the DHCP lease would not need to expire. It is wonderful how easy it is to spoof devices!

It then connected and synched to the line but it couldn't synch at more than 7800kbps downstream. I tried several times, even turning the router off for a whole night, and it never exceeded that limit. Trying with DGTeam's custom firware didn't help to get higher speeds either. Since its firmware version is v2, it has a Texas Instrument chipset, whereas newer versions of that router (v3 and v4) incorporated Broadcom chipsets, which are the ones which are able to connect at full ADSL2+ speed. A real pity, because I thought I liked its admin interface, but I realised that I LOVED IT TO BITS after using the BeBox's one.

What also annoyed me about the BeBox is the fact that it had telnet enabled so that Be technical support could log in and solve problems for their customers. Right, but it could also help them to do something else if there's an immoral employee wanting to have a peek at customer's internal stuff. No thanks, if I want to have open ports in my router it's going to be me who decides what is open and why is it so. 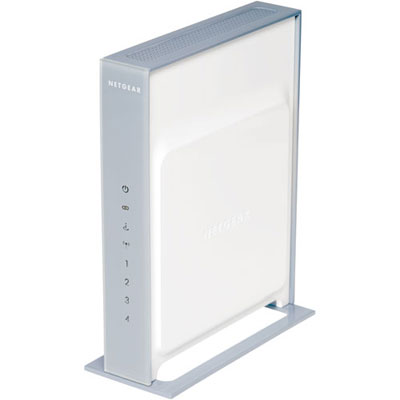 So I ordered a Netgear DG834N, which is an advanced version of our very reliable DG834G. There were several forums suggesting to get one second hand from ebay, since it seems Sky had been giving them for free to their broadband subscribers, but I preferred to get one brand new.

The installation was as simple as it can get, and I was getting a good downstream speed immediately (as testified by this status update).

As expected, it has been working without having to be reset since then. We have been using both the wireless and the wired networks without any of those odd manoeuvres we had to perform with the BeBox, and I'm pretty sure it is going to do such a great work as its older brother, which has been doing its job more or less continuously for four years.

No one can dislike stories with happy endings! :-)