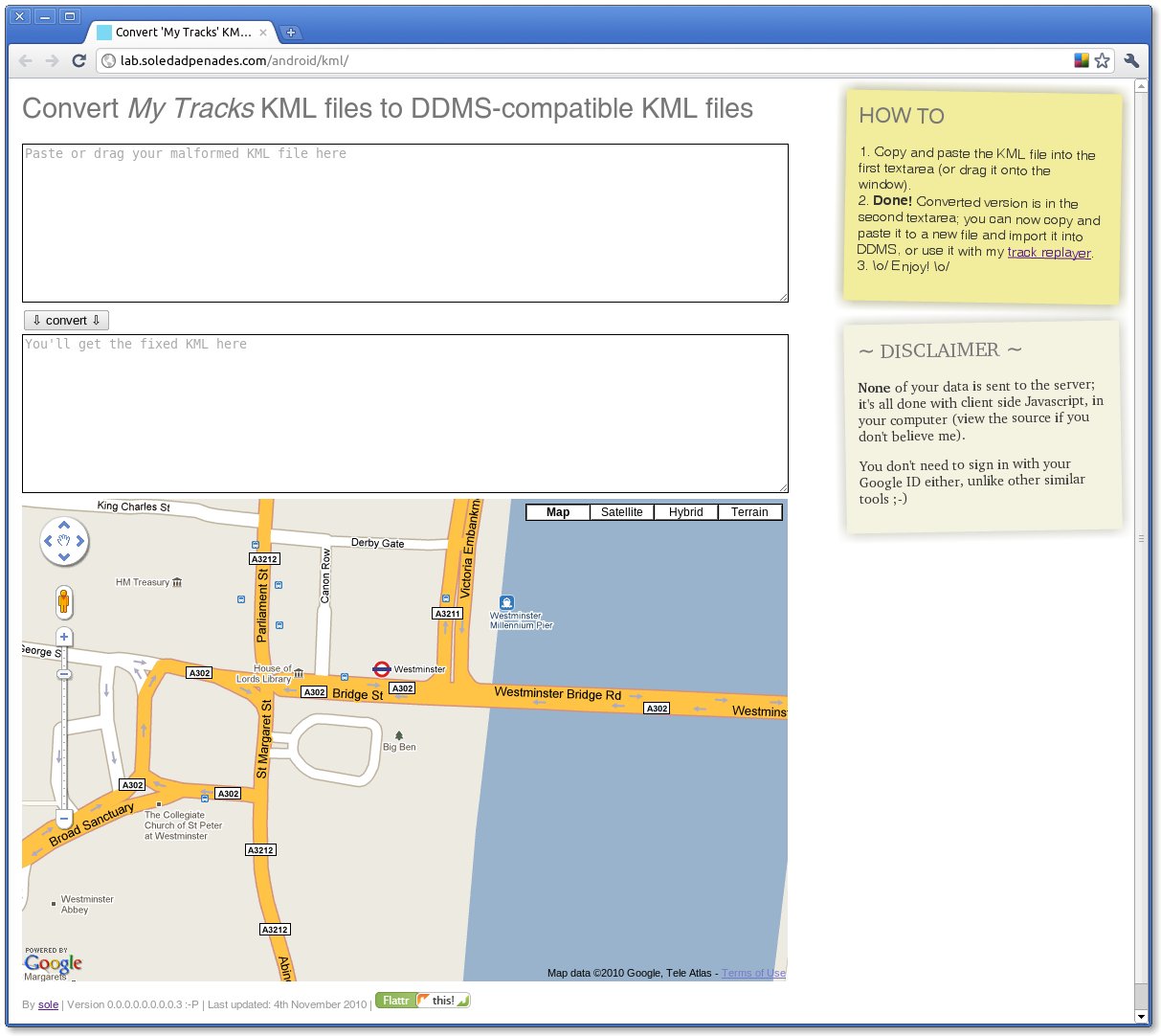 I've just updated the public version of my KML to DDMS tool. I discovered that the latest version of Google Maps' API didn't require a domain key, so I decided to embed a Google Map into the page, instead of linking to Google Maps. It's way more intuitive and easier for debugging, with the zoom, panning and everything :-)

I also implemented drag and drop into the script. I discovered I needed that functionality because I found myself trying to drag the captured XML files to the window more than once, so I concluded that if I was doing it, probably more people were attempting to do it as well! This drag and drop functionality is implemented thanks to the latest HTML5 stuff which comes with recent browsers, so if it doesn't work maybe you should think about upgrading.

I also added a listener for the paste event, so it automatically triggers the conversion to a clean KML file. Therefore you don't have to click the Convert button anymore... and I'm seriously considering to completely remove the button, since its only purpose right now is to retrigger a conversion in case one edits the points directly on the textarea... which looks a bit unlikely to me.

And finally I had some fun with CSS formatting: shadows, rotations... The text looks a tad ugly (i.e. aliased) with Chrome 7, a bit blurry with Chromium 8 (i.e. excessively antialiased), and I haven't implemented those in Firefox yet :-P