I have been keeping an eye on Suw Charman's projects since we met past year at ruby on the pub 4. One that caught my eye was her quest to find Ada. Not the real Ada Lovelace, for obvious reasons, but a symbolic Ada that will help more women to become scientists by highlighting inspirational women in science.

So I've been thinking a lot about whom to write about and I've finally decided on an almost unknown woman: Sofia Watt.

You won't be able to find much about her on Google, but her work helped me learn programming when I was 10 years old.

Back then, she and Miguel Mangada published several books on programming for children, in Spanish. They were titled Basic para niños, Logo para niños and Basic avanzado para niños (note: "para niños" means "for children"). 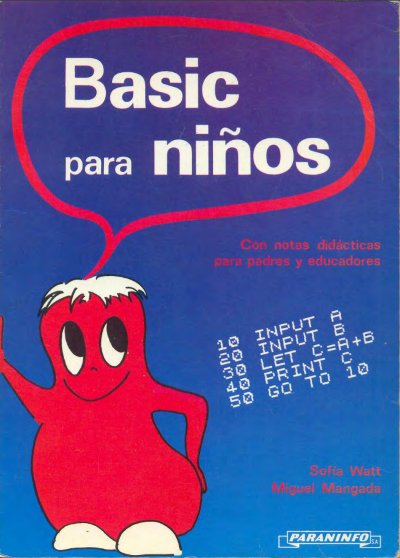 They introduced a fictional fluffy and colourful pet character, Arturo, and used him to guide the reader through very simple exercises that were a ton of fun too, although nowadays children in their 10s might find hard to believe the notion that printing "X"s on the screen is funny!

When I first started computer lessons we didn't use any particular book. The teacher would just explain a bit about some new feature of Logo on the whiteboard, and we would play with it, see what we could come up with.

We were only two or three girls in the otherwise male classroom, but I remember occasionally looking at the cover of the book and thinking: Hey, a woman wrote this! It's not only men in computers! I'd can totally do this too!

I learnt quite a lot with the book, so much that I ended up being quite respected among the rest of classmates, which hardly knew much about computers. It was pretty peculiar, because at first they bullied us, but then they wanted us to teach them our Logo tricks. Sometimes even a crowd would gather around our computer, when we got it to show flashing colours in the screen and what not, and the teacher would have to tell people to go back to their seats! 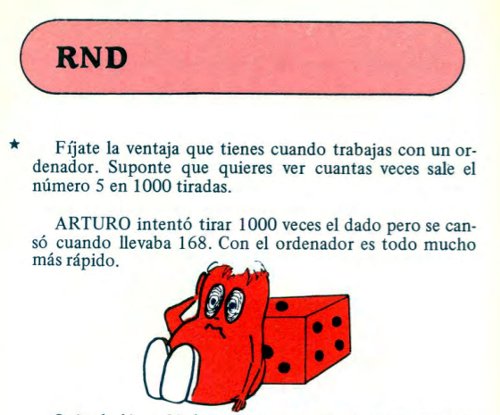 The next year we were told to use a mandatory BASIC textbook. It was a book sponsored by the Education Ministry and it was also DEAD BORING. So what did I do? I kept bringing my Basic for children textbook to the classroom, and used it for reference.

Years passed, and I stopped using these books, but their spirit still inspires me. When I have to document something, I always remember Arturo and the way things were introduced, trying to relate to the audience and making the concepts fun.

If you want to take a look at the BASIC books, someone has kindly scanned and uploaded them to World of Spectrum.

The Logo book was way more colourful and had plenty of graphics, but I haven't found it online, and don't have a physical copy here, so you'll have to take my word for it :-P