One year after, and I'm still running Ubuntu 10.10. I have tested Unity and GNOME 3 both on Virtual Boxes and on real computers and I disliked them both--they convert perfectly capable machines into piles of obsolete hardware. It's a shame, but it's their decision.

Thankfully, since it's Linux, we have many choices, and so I'm currently experimenting with several options in order to replace this Ubuntu installation with something more akin to my tastes. I've decided I'll use Arch Linux, since I have some experience with it and it follows a rolling release model, which means the system shouldn't break every 6 months (as with Ubuntu), because packages are regularly updated. Or at least, if it breaks, it should happen in a granular way, and I should be able to roll back the problematic packages.

I also considered using Mint Debian Edition (which is 'rolling' too, but based on Debian Testing), and had a look at other distributions such as CrunchBang and etc, but Debian Testing seemed a little outdated the last time I tested it (sorry about the redundancy!). And the other distributions don't seem to have such an excellent support and community such as Arch's. Plus I like the rc.conf way of configuring the system! ;-)

As I have already decided on the distribution I'll use, it's now time for the desktop part. I'm looking for something that:

Ubuntu was headed in that direction (they released the Ubuntu font, cleared up the GTK theme, etc...), until they went crazy for Unity and ruined everything.

I had a look at KDE's website. Apparently they haven't gone 'tablet crazy-only' yet, and still keep a desktop friendly version of their desktop manager, so I thought I would give it a go... and I found an embarrassingly tacky environment with all manners of distracting stuff. 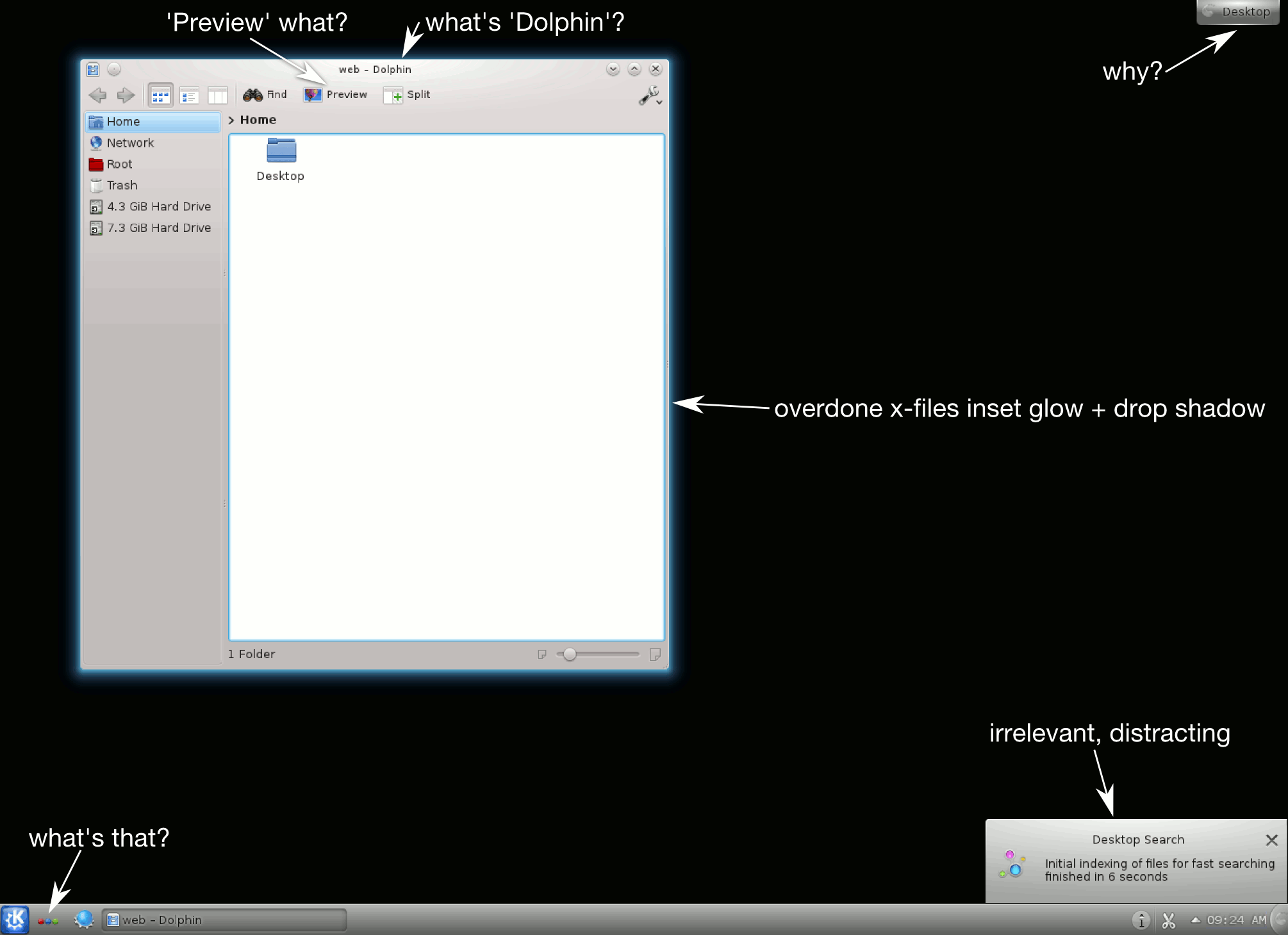 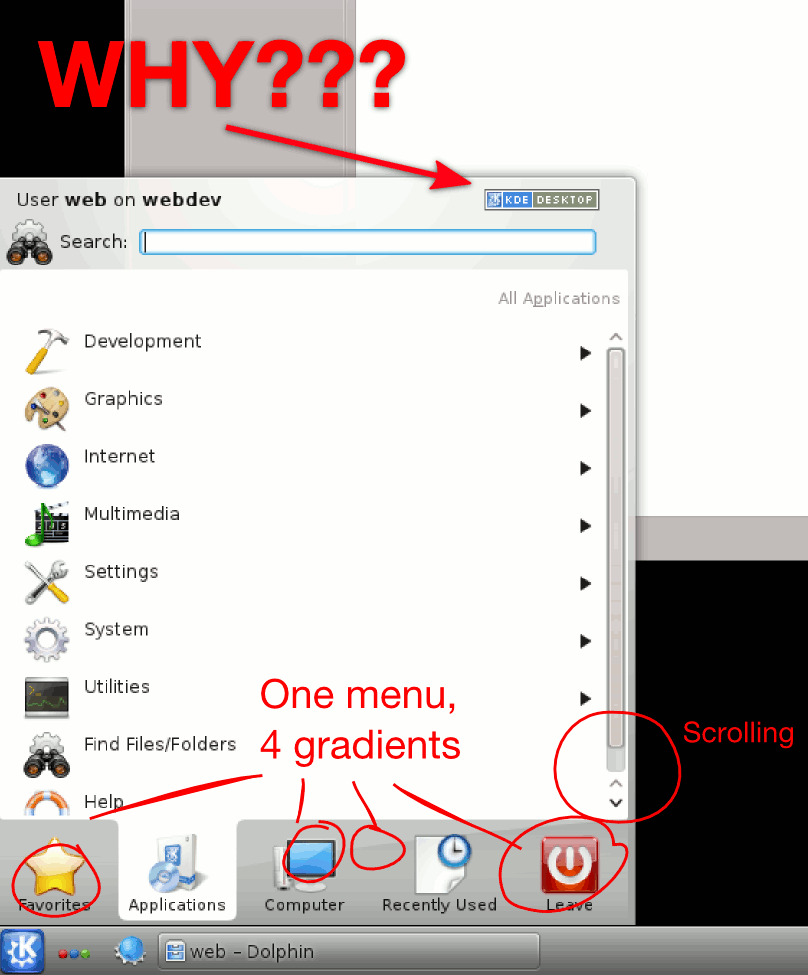 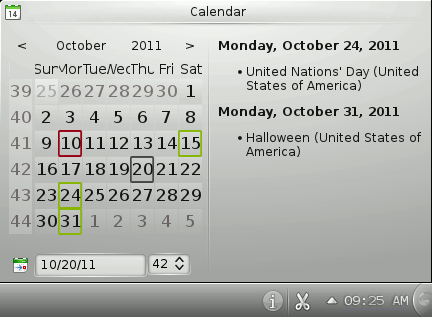 Of course I should be able to change the theme and configure it to my liking, but there are so many wrong things with the default experience that it's been enough for making me reject the idea of using KDE.

Sorry about the harsh criticism, KDE devs, but this is a mess--and that's a pity, because the system ran reasonably fast, even with all those unnecessary animations and transitions everywhere.

Next up in the testing/criticising queue: XFCE, LXDE, ...

PS Isn't it funny+sad that Unity is managing to segregate the Ubuntu community?