It actually was something that intrigued me to no end. No tutorial that I've read explained how to do it; there were only vague (and incorrect) mentions to not setting PUSH_BUFFERS in the SurfaceHolder, but yet there were apps who were totally hiding the camera preview, such as the famous "spy camera" style apps (those that look like an innocently looking web page but actually are recording everything). So there should be a way, and I just had to find it.

Things that do not work:

Can you think of yet another way of hiding the preview? :-D

Anyway, the solution is to follow a series of steps--it's not a static process. Ready?

This is the solution:

Before starting the camera preview...

And after starting the camera preview...

This process must be repeated each time the camera needs to start previewing. So if you stop it for whatever the reason (e.g. in onPause), remember to repeat the "before" steps, or you won't be able to re-start the preview again.

If you're lucky, it will just do nothing, because since the surface is hidden it won't trigger surfaceChanged or surfaceCreated events. In a bad case, it can even throw a huge exception in native code, and "force close" your app, which you know drives people crazy :-P 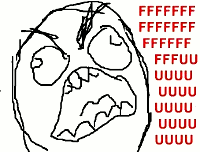 I don't know if this "show and hide" game must be played because of...

The first hypothesis sounds so myopically short-sighted that it actually seems quite feasible: politicians would strongly agree on it, and programmers would just make the surface so small that no hypothetical subject would notice being spied upon. Job done.

But whatever the reason is--I don't really care.

All I care about is making great stuff. And this kind of non-trivial issues prevent me from doing so.

Imagine you're the camera driver, and you're requested to start a preview, right? Then if you're provided with an output surface, output your frames there, scaling as required. If you're provided with a preview callback, then call that method and send your raw frames there as you get them. You're only allowed to fail and crash if you don't get ANYTHING (no surface, no callback).

It's reasonable, and easier to program and use. And it probably uses less processor resources if only the preview callback is used, because there's nothing to be blitted to the preview surface, no area to be invalidated and redrawn, nothing.

Now we simply need to get the Android Camera API changed, plus all the drivers in all the phones upgraded to reflect this extremely sensible and logical approach.

Oh well... sometimes dreaming is the only thing that is left ^^