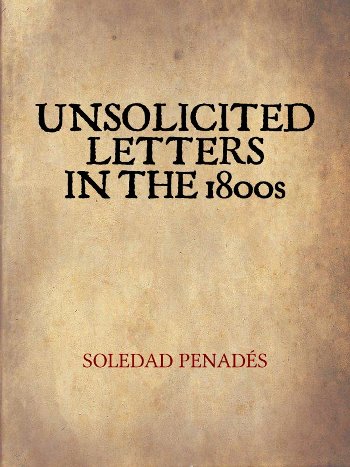 More good news: I just had my Unsolicited letters in the 1800s book published in Amazon! Which means you can get your own ebook copy almost instantly, instead of having to wait for the print edition to be delivered to your home.

Since it's got a lot of images, it weighs quite a lot for an ebook, at around 8 Megabytes (I checked the current Kindle bestsellers and they all were the equivalent of around 400 pages, but only had a size of around 700 Kb).

For the geeks: the way I produced the book was moderately simple: I modified the Python script I was currently using to build the print version, so that it would also...

I then took the output file and opened it with a Windows previewer/emulator they provide (using VirtualBox) so that I could make sure that everything appeared where it should. This is the only point in the process in which I used Windows.

But enough blabber! Here's the book, just in case you don't have it yet! :-)