A few years ago a relative of us was visiting in town. She liked to go to the local market to browse and buy fresh produce for cooking a nice family lunch, and she always brought my sister and me with her... which invariably ended in her buying us some sort of toy from the market too.

Generally these toys were "analogic" things such as ball games, painting sets or fake toiletry sets in pink (she didn't like us playing with "boys" games). But this time we convinced her to buy us this "thing", which was a great deal! SIX games in ONE!! And she couldn't decide whether it was a boys or girls game, so she couldn't censor it! It was a total WIN! 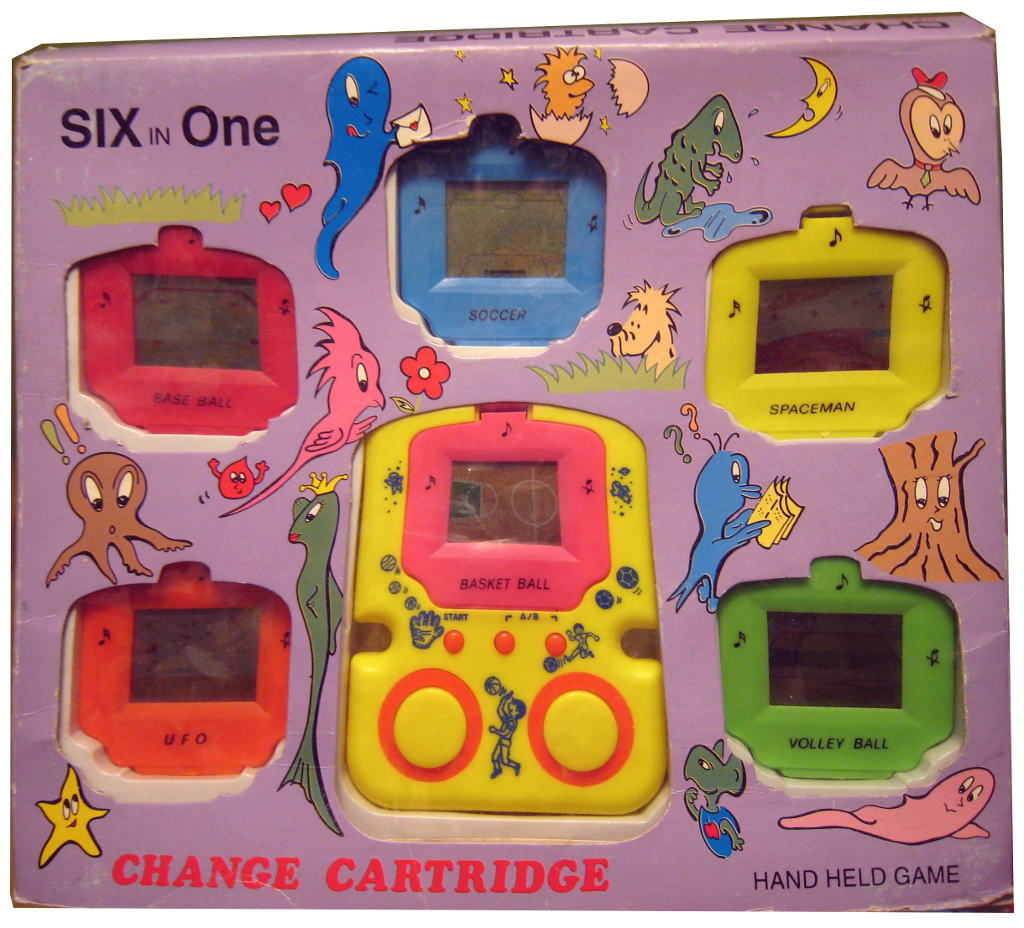 Only it never worked! I don't know what were we expecting when buying this sort of gadget from a street market. It might have been the inexperience of youth, as I wouldn't do that nowadays. Anyway, this has been sitting for years in a drawer and I wonder if anyone could give any hint as to how to fix it. 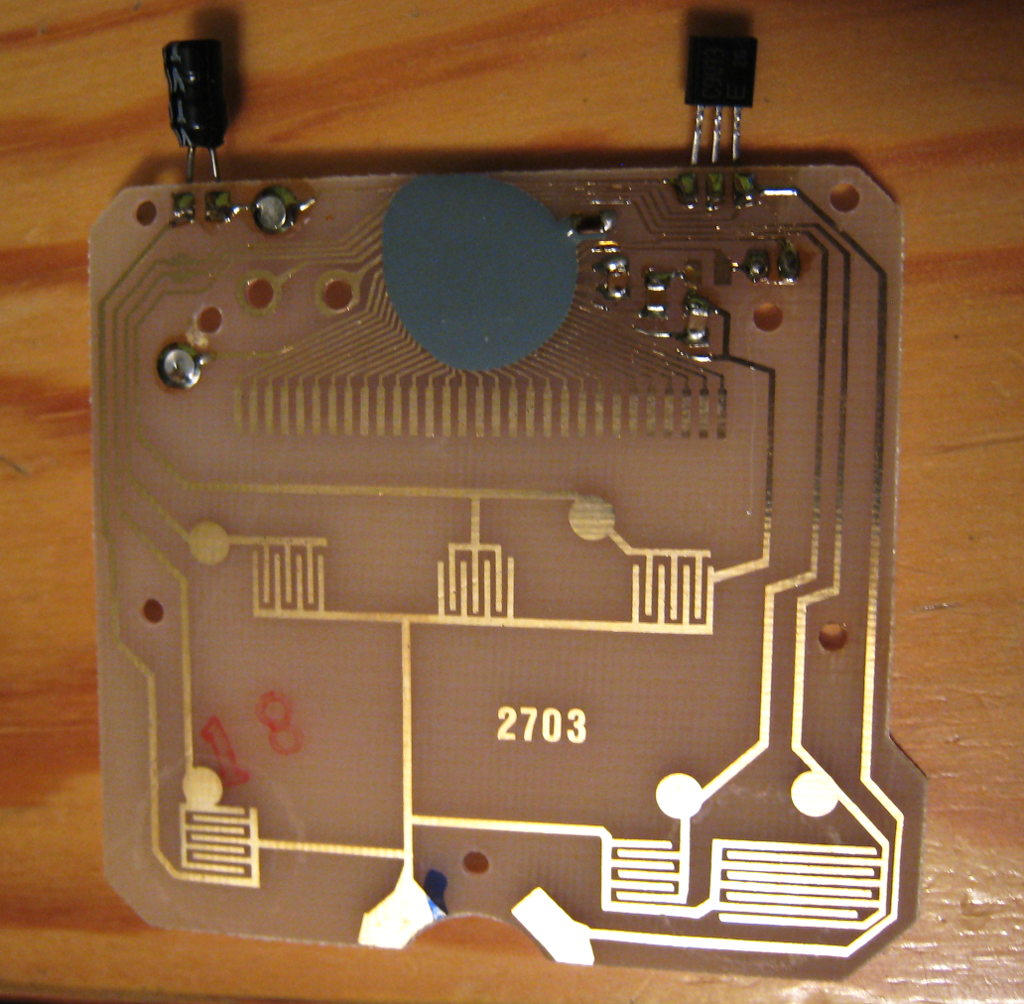 Of course I disassembled it back then (1994) but didn't know what to do, other than checking that everything was in place, battery could come in contact with the metal tips and all that. And yes, the battery was working, as we had removed it from another hand held which did work :-D

Today, as I was preparing to do some Autumn decluttering, I found the box again, and disassembled it expecting to find some sort of integrated circuit with an inscription that I would be able to Google and learn about, but to my disappointment the chip is well covered by some paste, and I don't want to destroy the board in order to find about the chip in it. So... anyone has a clue? The only other text in the box says "MADE IN CHINA", not surprisingly!

Feel free to ask for more information too! I'm not terribly interested about the gameplay, but I am really curious about how this sounded! (there's a relatively huge speaker on the back) :-)