It's a New Year--we're actually twelve days off it and I still haven't found time to sit down and write about it. Which is good! It's also many years since I last wrote a "beginning of a year" post. It was different back then--blogs were the rage; journalists were scared of amateur bloggers stealing their jobs and wrote meta-articles describing a pale future in which everything would be clumsily assembled together by said novices. And, well, us the newbies didn't care, and posted about everything in our blogs anyway. Then the "web 2.0" came in full swing, and we diluted our content in a myriad of other websites, some of which have disappeared or radically changed their behaviour/rules since then. I'm not too happy with that, and so I declare that one of my main resolutions for this year is to post here more often.

That doesn't mean that I won't be posting stuff to other websites such as plus or twitter, as I've noticed that many people use them as a mixture of human RSS aggregators and comments section.

Onwards to this year's projects/resolutions: since this is the year the world ends, I decided to make sure my projects are finished before that happens. I don't want to leave an incongruent mess of unfinished stuff for future space-archaeologists to decipher, if there's something to be found on Earth after the great cataclysm or whatever it is that will exterminate us. I'd rather make it easy for them to make sense of what it was all about. 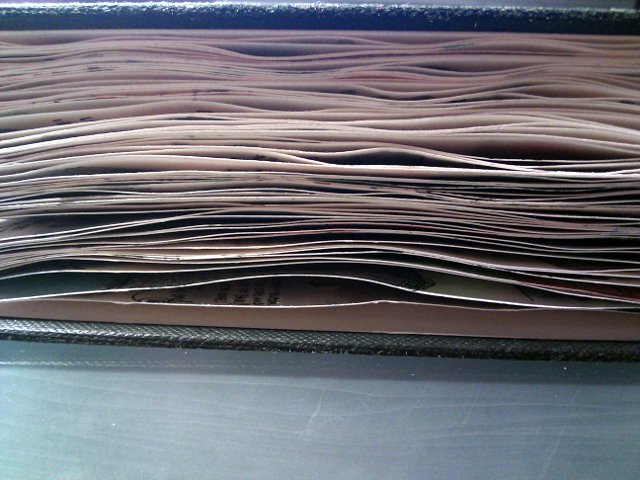 One of the first things I have finished this year is my first ever travel diary of sorts. It depicts our journey from London to Hong Kong, then Tokyo, San Francisco and finally New York this past April-May 2011, with special guests such as Aaron Koblin, Jeri Ellsworth and moot (to mention a few). It was quite entertaining to draw famous people! Although I am not sure my interpretation is very truthful, but that's part of the fun anyway!

I just finished scanning it a couple days ago, and I'm still trying to decide what's the best way to publish/share it. In any case, I still have to crop, align and export all the pages (the 60+ pages) so I'm pretty sure I'll get some ideas in the meantime, either by myself or in the comments (hint! hint! hint!) ;-)