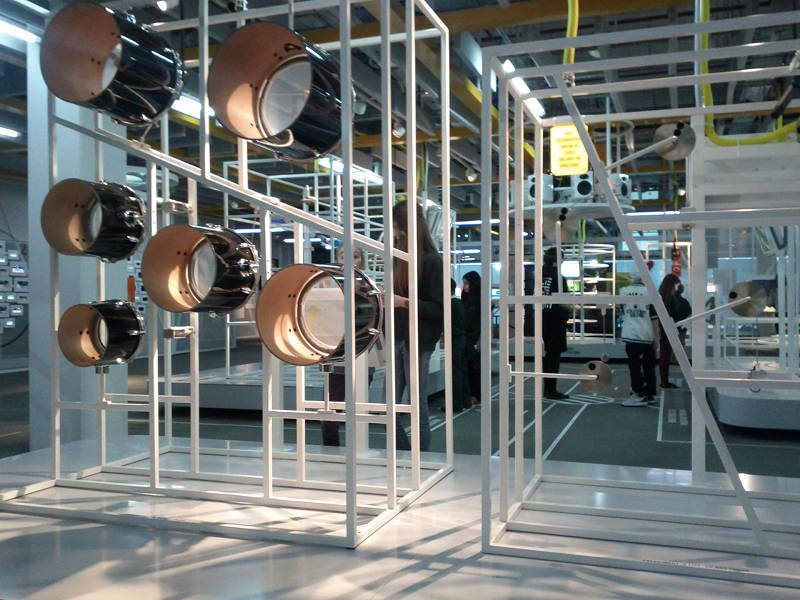 After three failed attempts, I finally had a chance to visit the Google Web Lab exhibition/installation at the Science Museum. All the previous attempts were cut short by something unexpected happening, but that's another (boring) story!

Although I am not sure I'm the proper target for the installation, I enjoyed it anyway. To start with, I quite liked its unconventional design. Instead of the usual plasterboard panel walls that are so typical of museums, this one goes for metal grills, and there are tubes all around, and wires and cables, which are specifically pointed out with "These wires go to the Internet!!" messages. It gives the exhibition a sort of underground-garage experimental laboratory feeling (very appropriate too, since it is in the basement of the museum) while at the same time is a great educational tool for children who might not otherwise understand how data flows between computers. It's akin to bringing those children to farms and showing them the milk goes out of cows. It was also funny see them interact with the exhibition; most of them were very pleased with having their picture converted into a sand drawing by a robot arm, but the other experiments were a bit less interactive or just didn't work, and the children were just tapping the screen randomly in order to get something to happen, not really reading the messages or anything. Others were absent minded, looking at the world map without making much sense out of the IP addresses and everything (apparently--who knows what's going on in their minds!).

I tried interacting myself but wasn't really successful. One of the visors was semi-broken, waiting for someone to reboot it: 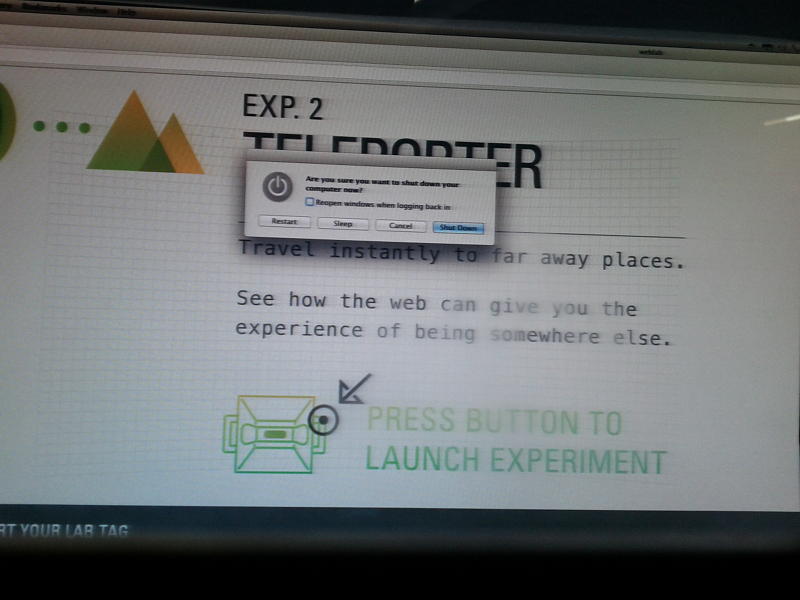 Question: how did anyone get the computer into that state with just a touch screen?

The other experiment simply allowed me to find out where the screenshots of an aquarium had been decided to be taken, which was mmm... well, let's say not specially exciting. What was funny was that the screens seemed to be Android tablets, and one of them was a Samsung Galaxy Tab 10.1. Do you know why I know it? Well, because it was stuck in the same booting and rebooting loop than mine until past week! 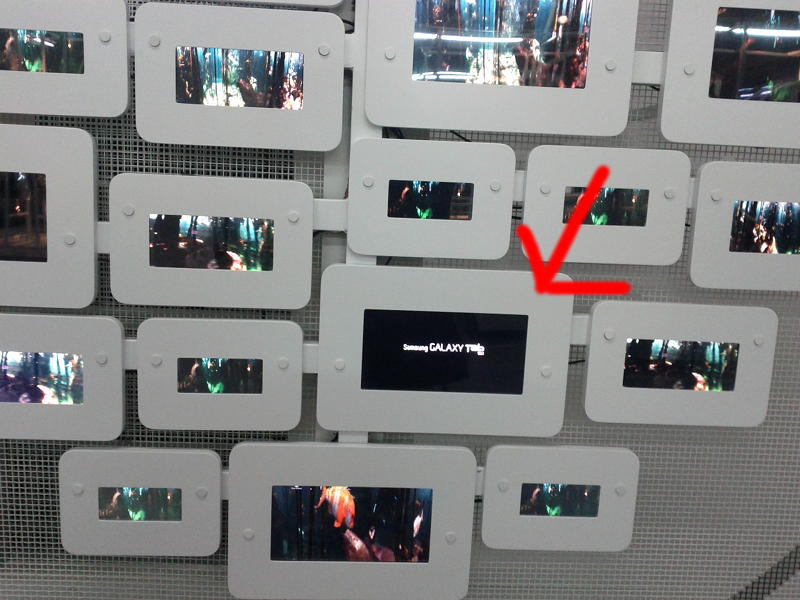 Apart from admiring the clean and elegant design of the experiments, the techie in me really enjoyed looking at (and finding out) all the machinery behind the scenes: the almost concealed webcams, the wires going round and along, all the servos carefully hitting percussion instruments, lots of Mac Pros hidden behind panels or hanging from the ceiling tucked behind speakers, and specially lots of them in the control room right at the beginning of the exhibition, all neatly tucked together in a sort of power tower, akin to the data center style. A couple of technician guys were frantically fixing and servicing things around, but it seemed to me they required double the manpower to fix all the gadgets on time. Consequently some displays were turned off as they were out of service.

Before I left I wandered a bit more around the museum, and then I found a very interesting exhibition that I hadn't heard about before: Oramics to Electronica. It's about somewhat early electronic music, mostly focused on work by pioneer Daphne Oram and more specially on her Oramics Machine, which was a fascinating analog sort-of-synthesiser using 35mm film tapes and glass slides along with oscilloscopes and what not. Very much in line with nowadays circuit bending, but way, way more physical, as the waves were hand painted on the tapes, and then were modulated according to what was painted in the glass slides. The sounds coming out of this machine have a delicious organically eerie feeling not unlike what a Theremin could produce, but they have a very different texture. 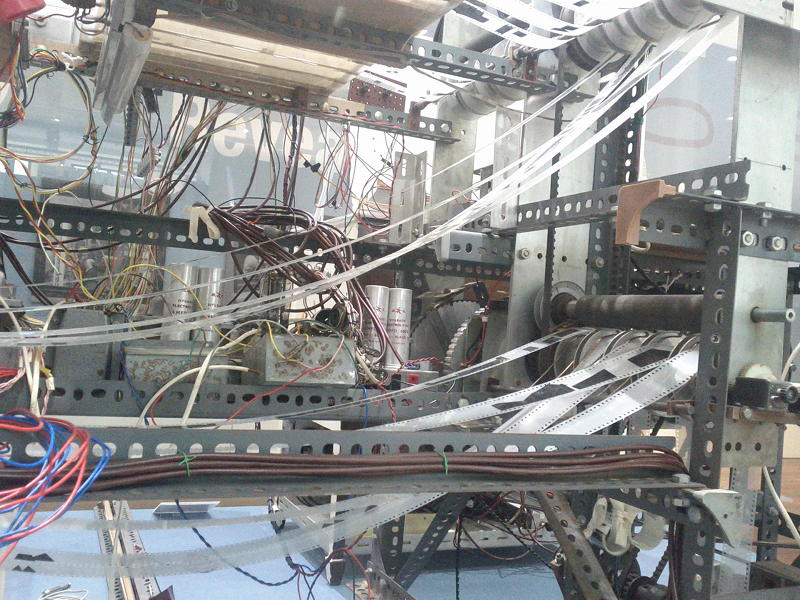 Daphne worked at the BBC creating (and pioneering) innovative unheard sounds for programmes such as Doctor Who, so you get an idea of how huge her contribution to electronic music was. I'm now a bit disappointed that we hear so much about Robert Moog and Leon Theremin, but so little about Daphne Oram!

There's also an emulation of the Oramics machine in the very exhibition, but I didn't quite enjoy playing with it: the volume in the headphones was at a deafening level with no way to adjust it, and the touch screen wasn't really responsive at times, which ruined the feeling of interactivity with a machine, but serves to get an idea of how the machine worked.

Apart from the star display, which is the Oramics Machine, there are also more legendary machines on display: a VCS3 (really cool looking analog synthesiser), a Fairlight CMI (first commercially available sampler! with keyboard! and 8" disks! and own monitor with light pen control!), a Roland TB-303, an Atari 520 ST (first home computer with built-in MIDI interface), a hacked Speak & Spell toy, and more vintage stuff that will delight anyone who's into electronic music, such as electronic tone generators or oscillators. It's a pity that the machines are all tucked inside cabinets and turned off, as I would have loved to interact with them... but that would probably skyrocket the installation costs too! 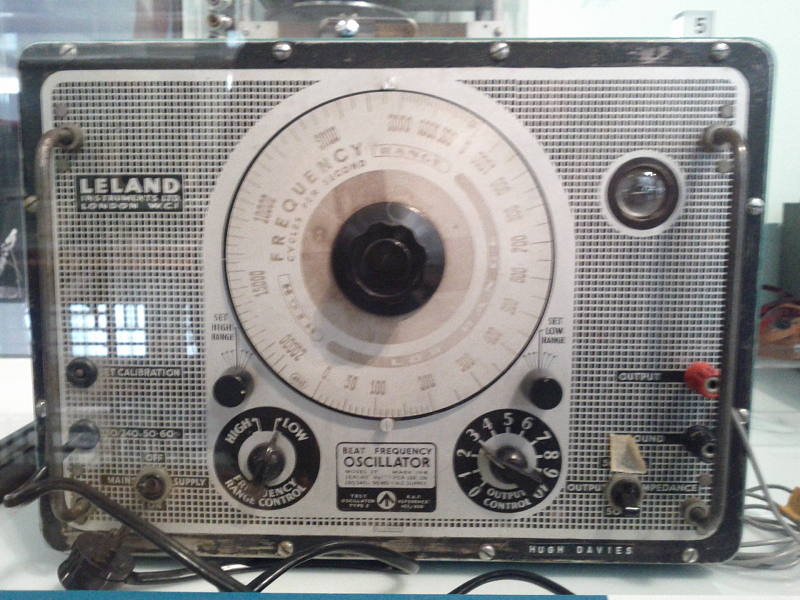 This is an oscillator

I guess I'm more the target of the Oramics exhibition than the Web Lab one, although the online Web Lab uses tween.js, so that balances the comparison ;-)