It all started innocuously--as a Bank Holiday Monday. The last of May, more specifically, where we wave goodbye to Bank Holidays until the next one, at the end of August. Thankfully, our ever-appreciated British weather was feeling magnanimous and regaled us with a magnificent sunny Spring day which was well used: barbecuing and staying outdoors. Not necessarily in that order. And I thought that would be the highlight of the week, but then on Wednesday there was a sudden influx of visitors in the office. They were holding long discussions in one of the meeting rooms and they also looked suspiciously familiar to my eyes, but I couldn't quite identify them (in short: my face recognition algorithm is rubbish). Who were they? Would I have to go home with that mystery still lingering in my head?

Not really! The mighty Anne Van Kesteren (who you might know from the quick guide to XHTML, or at least that's how I came to follow his writings/musings/fights), is also working at Mozilla nowadays, and when he came back into the office area proper he explained who these visitors were: the TAG!!! Or in other words: the Technical Architecture Group of the W3C.

As someone who has spent many hours perusing W3C documentation, reading proposals and specs and generally trying to understand much of the reasoning behind abstracts, only to finally 'get it' some months/years later, this revelation left me speechless. It was them! In the office! It's the people who actually try to coordinate the efforts from all other people working on The Web! And they were under the same roof that I was, so to speak! AAAAAAH!

The next day we were invited to a quickly-organised TAG meetup where we could talk and ask questions to TAG members so that they would get less abstract and closer to the general community, as Daniel Appelquist put it in the introduction. But that is as abstract and fuzzy as it can get! Anyway, thanks to the power of some Google-sponsored ales called "The Kernel" (how come no one made jokes about this?) at the end of the evening I had spoken to people I admire and whose blogs I had been reading for a long time (hi Frances! hi Yehuda!), or people whom I had never met before such as the guys from London Web Standards, thanks to impromptu host Morena, who is behind many events in London. But the highest peak of the night was shaking hands with Sir Tim Berners-Lee.

Allow me to repeat it: Sim Tim Berners-Lee, "of Internet fame". 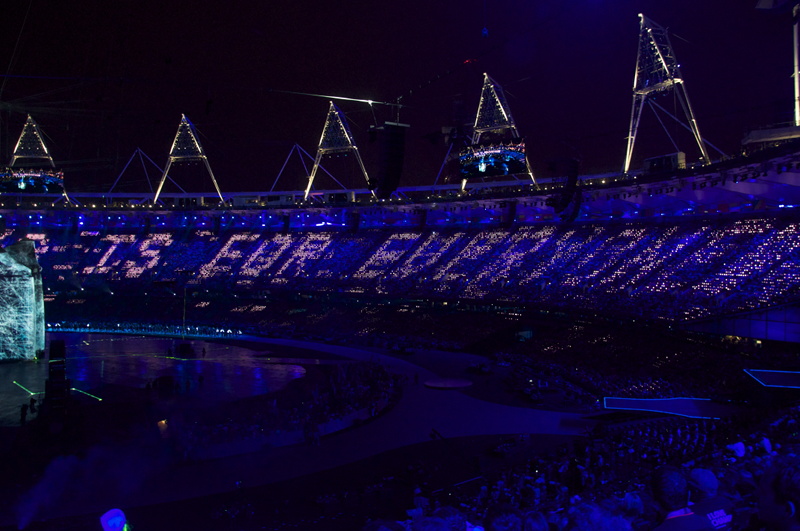 THIS IS FOR EVERYONE (does it ring a bell??)

You wouldn't be reading this if it hadn't been for him.

Or maybe yes, in another form. Who knows?

Anyway, the London Web Standards people were going to have dinner in a Mexican restaurant, or so they told me. But we ended up at La Tasca, which is a "Spanish" restaurant that is wrong in so many levels that I won't even start. But after the excitement of that evening, nothing could ruin the rest of the night. So I even dared to try that "paella"!!! It was so merrily absurd that I had to restrain myself from giggling violently (lest my table companions think I was having a stroke!).

So that was Thursday. You'd think that'd be enough for a week. And you'd be wrong (as I was).

Yesterday, I had just popped back from Trafalgar Square, where I had gone to have lunch on the sunny steps of St. Martin on-the-Fields and test the app I'm working on. I had just tweeted a picture of the scene as seen from the steps, taken using such app: 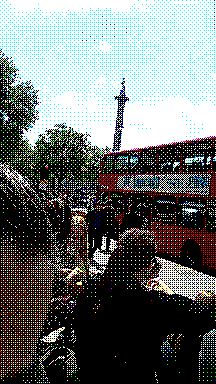 I was about to dive into some documentation, when my colleague Paula Le Dieu showed up and told me that none other than Mitchell Baker was in the office. She was quite nice and eager to welcome me to Mozilla, which was really cool!

And that's how the (working) starstruck week ended! I am keeping a low profile this week-end to avoid meeting more superstars --just in case! ;-)