As promised, I submitted an entry to the DemoJS party, held past week-end in Paris. It's to_the_beat // js 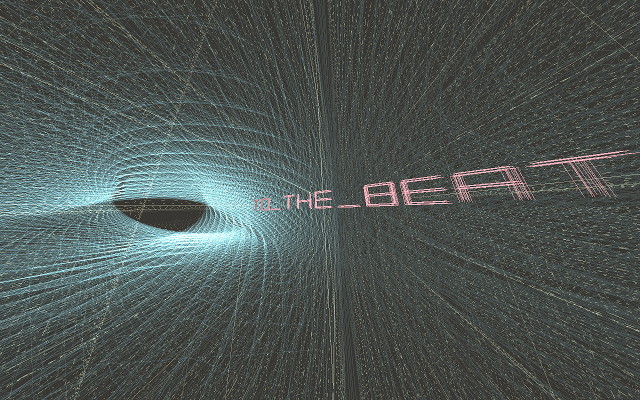 ... and just in case you hadn't figured it out already, it's a sort of JavaScript version of the "native" to_the_beat that I wrote back in 2008. This time I replaced OpenGL 1.x and SDL with WebGL + WebAudio, via sorollet.js, three.js, and tween.js. The Holy Trinity! :-P

Hint: since it is using sorollet and everything is generated on the fly, you can bring up the synth GUI by pressing D while the demo is playing, and start twisting knobs which can be pretty satisfactory and hypnotic, because the player is configured to loop the song.

It ended at 4th position, which doesn't sound bad... unless there were only four participants in the Demo Compo, that is! In any case, it was funny to watch the compos via the stream the organisers set up: mine definitely needed A LOT MORE of bandwidth, as shown: 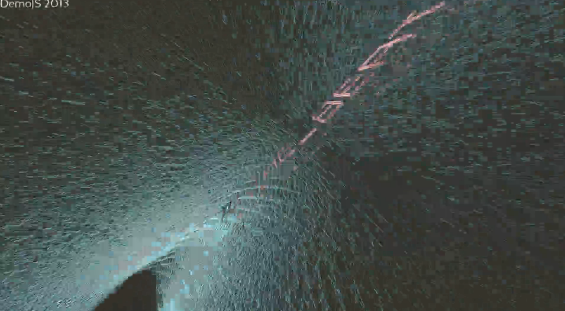 I would have added some microphone to record the crowd reaction, as otherwise the experience was a bit sterile, but I don't know if shouting Alleeeez is still in vogue amongst French demosceners anymore...

I will write about the conversion process and give the demo a page in my demoscene projects list later, but for now, just enjoy the demo! :-)