Fellow Mozillian Crystal Beasley (AKA Skinny) proposed that we all write about our "nerd story" in response to Paul Graham's article and then tag it with #mynerdstory. So...

When I was six, I discovered an strangely looking green-tinted "TV" on my father's home office. Mesmerised, I walked up to it and instinctively pressed a key to see what would happen.

Suddenly I heard him dashing across the corridor behind my back, and he entered the room, shouting at me to get my hands off the machine.

But I wouldn't give up that easily. I spent the two following years observing every single thing he did when using the computer. And reading the manuals. Picture a seven years old reading a wire-bound LocoScript manual: that was me. 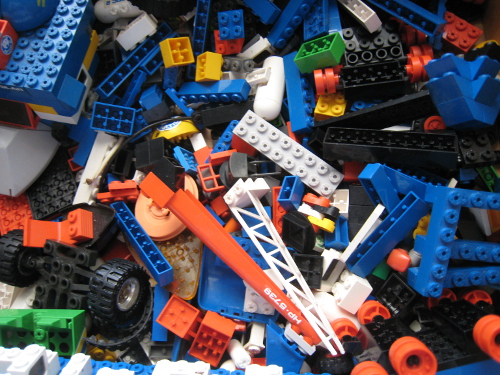 I was also playing construction games while all the other girls in my class were dressing dolls in pink and glitter. Note: these are TENTE blocks, not LEGO.

Somehow I managed to convince him that I really wouldn't destroy his computer if I used it. So he let me copy a listing for an Othello game in Mallard BASIC, and once I painfully typed it in, I discovered to my dismay that it didn't work, because I had typed l instead of 1, or 0 instead of O, and so on.

I didn't give up on computers after this, either.

That summer we found an article on a magazine describing how to run DR.Logo, which came with one of the system disks. Remember, this was the 80s and having a modem and downloading new stuff was something that only happened in the movies. We got the Logo environment to work and well, I got addicted to turtle graphics. It was the best thing ever. I learnt about angles, units, relative positions, randomisation, procedures, and even some English words: "Syntax error" was bad, "OK" good. (We wouldn't start English lessons until three years later, at 12 years old, so I was pretty much illiterate in English).

Since it seemed like I was good at this, I started attending some computer classes after school, where half of the time was spent in boring data flow charts and the rest in dealing with unruly students which would ruin the whole thing for everybody. I actually preferred to keep learning on my own, following articles in magazines and books and playing with code and seeing what happened. 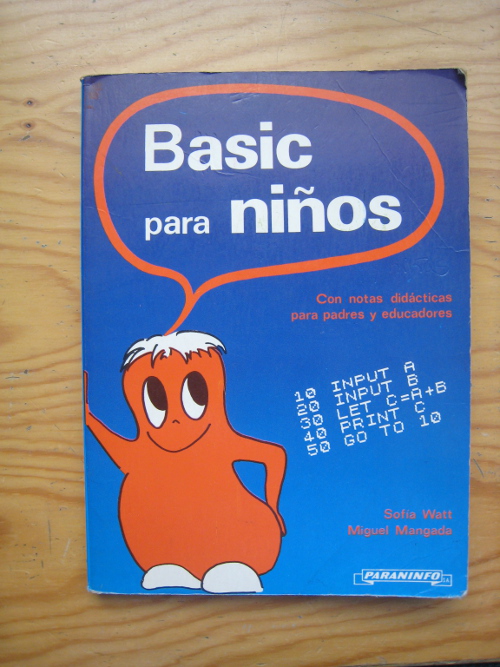 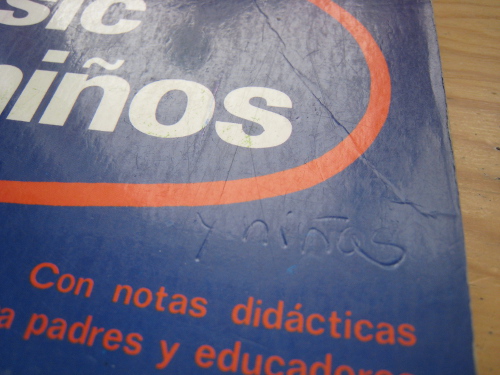 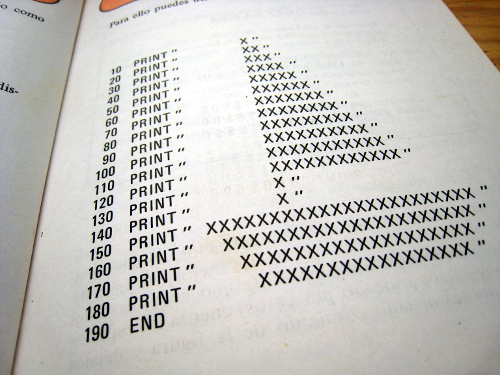 But "standard" BASIC was so boring... 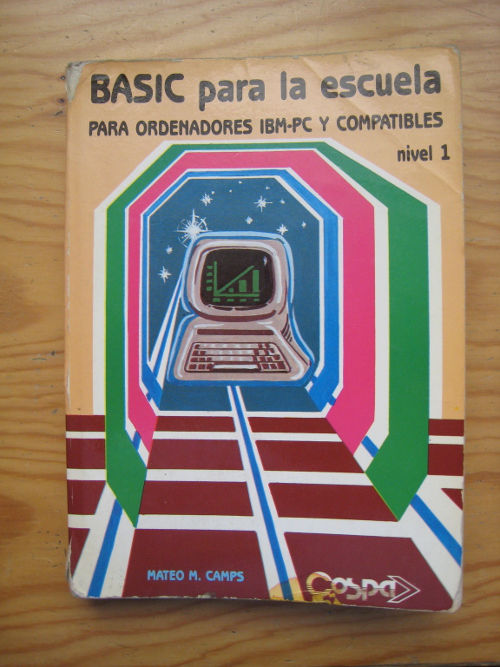 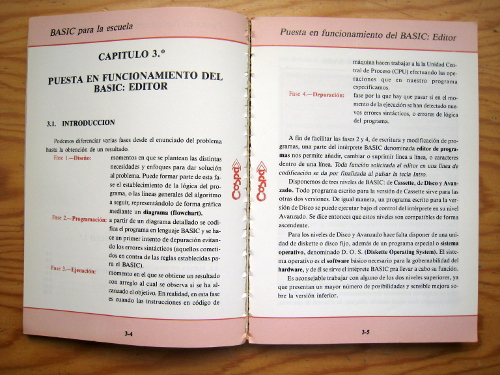 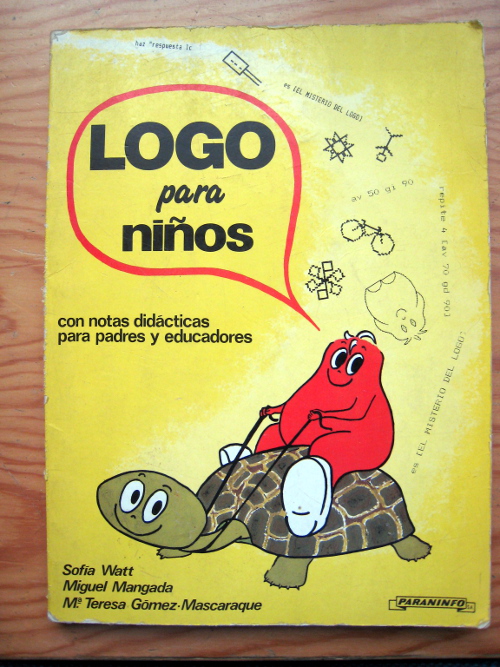 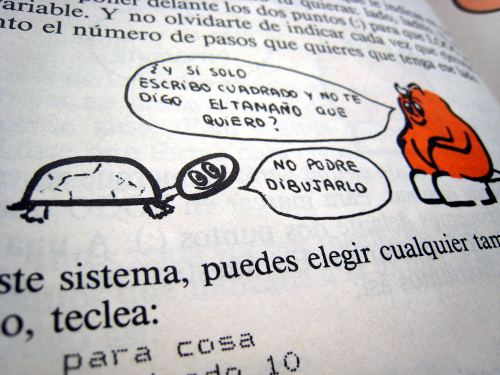 In contrast, LOGO was way funnier! 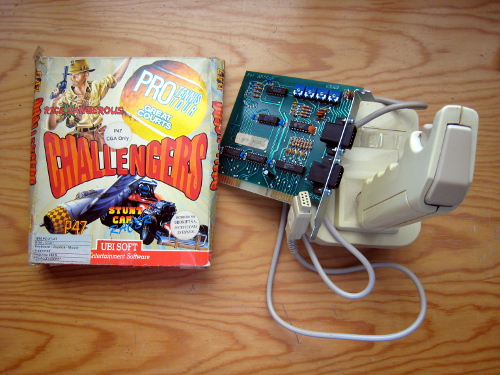 It wasn't only programming---I also played games! I even installed the expansion board to connect the joystick, because the computer didn't come with a joystick connector.

I was immersed in this abstract world while my class mates were more interested in personal relationships, so to speak, and for that I was made fun of frequently. But I was also ridiculed for standing up to my beliefs and having my very own opinions, so I was kind of used to it already.

That doesn't mean it was all fine and dandy. I hated the constant bullying and the peer pressure to be "normal", and I even counted the days until the whole high school nightmare was over.

In the midst of this confusion I didn't even know what to study in the university because I was good at many things. I initially wanted to be a doctor, but one day I saw a serious cut with lots of blood and my legs started shaking, so I figured that maybe being a doctor wasn't my best career option. The brain had always fascinated me too, so I decided that I could fix minds: I would study Psychology!

Turns out you needed to take Humanities with a hint of Math to study Psychology. And that's what I did, only to realise, mid-term, that while I loved reading books, I hated over-analysing them and writing essays highlighting the topics that would please the teacher. But I really nailed my Math classes! It was top marks after top marks. Maybe my future was in Science, after all!

By that time, I was pretty excited with the whole idea of the Internet. Networks of remote computers! A global library! The praetorians! I decided I would study Computer Engineering at the uni instead. But I needed to take Science subjects in the final examinations, so I spent that summer studying the subjects I hadn't taken during the term: Chemistry, Physics, Technical Drawing and Advanced Maths.

None of my teachers seemed too supportive of my decision, but I did pass the technical subjects with good grades, to their surprise. I got accepted into Computer Engineering, to the surprise of pretty much everyone I spoke to regarding my career choice, who thought I should be studying "something more womanly", like Architecture or Design, and not "play videogames all the time".

And the rest, as they say, is history.

I'm glad I am really stubborn and didn't give up. But I wonder how much talent was lost due to peer pressure. For example, there was a girl in my primary school who was SUPER SMART. Maths, English, Literature... she would pick any subject and nail it. But she was also super pretty. And once we entered our teenage years, she just got distracted with the whole dating thing, and the last I heard about her is that she was a substitute teacher or something like that. It's not the brilliant future I would have predicted if you had asked me when she was seven. I would have said she would be an inventor or a doctor, or something equally epic.

It worries me that by sexualising children SO DAMN EARLY nowadays, we are losing on talent even earlier than we did when I was a child. We are not letting children be children and learn, be curious and explore at their pace, we are cajoling them into pre-established roles earlier than ever. And that worries me a lot.