Looking at my todo.txt file, February has pretty much been my speaking-to-everyone month. I spoke to a lot of people from many different teams in Mozilla, and to a lot of people outside of Mozilla for interviews and conferences. Thankfully I also managed to sneak some coding time in it, and even some documenting time! Mozilla-wise: I have mostly been working with DevTools for (I think I can reveal it now) the new "Create new app" feature in App Manager, and the new and improved App Manager itself.

"Create new app" should allow anyone to open the App Manager, choose a template from a list, and get started (you can track it in bug 968808). It's the evolution of the Mortar project that was started past year, but with a better understanding because we have more experience now (with all the hackdays that happened in 2013 and all the feedback that devrels reported back to us). Here's an early screenshot: 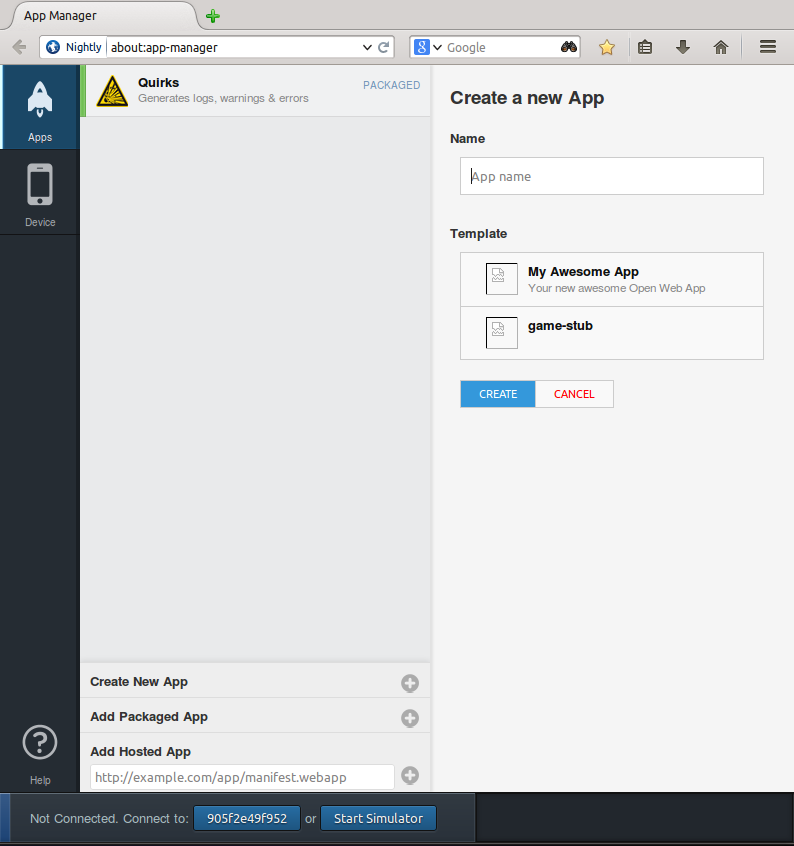 Also, since us at Apps Engineering do use the App Manager a lot, we also find lots of bugs and things that don't quite work as we expect them to work, so I had been filing many bugs and giving quite a bit of feedback too.

At some point we realised that we should totally work together instead of "via Bugzilla" only. The people working on the App Manager --Paul Rouget and Jan Keromnes-- work in the Paris space, so after a couple of videoconferences we thought it would be most productive if I paid a quick visit to their haunt and we sat for two days discussing everything face to face. And so I did, and that was great! 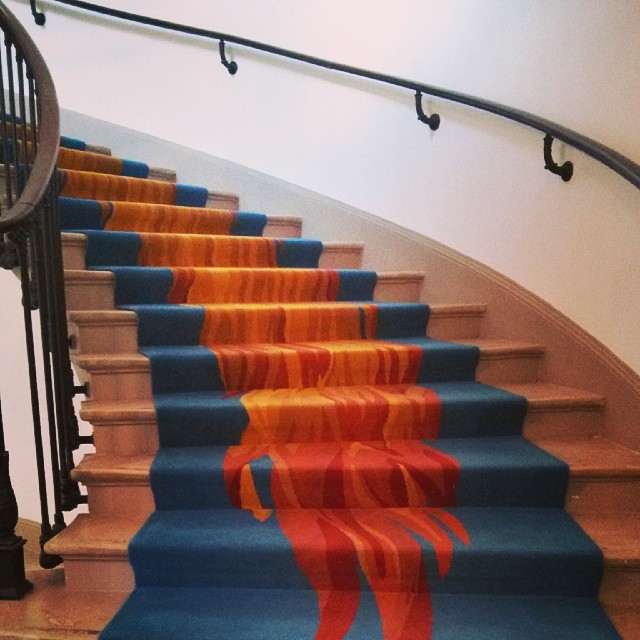 The fiery stairs at the Mozilla space in Paris

We clarified many aspects that none of us understood too well yet, and I came back to London with a bunch of realisations and ideas to work on. BRAIN. ON. FIRE. Oh, I also came back to find a Tube strike and no buses, and pouring rain, so I had to bike 5 km back to my place and my shoes were wet for two days, but that's another story.

The next day I had to interview someone for Mozilla, and then I got to be interviewed for Tech Insiders, a website about people working in tech. I'm really proud of the candidate interview as I conducted it in the way I believe in: respectful with the candidate and actually trying to know them and find if they are a good fit: is this a person we would like to work with? how can we help them grow and learn while at Mozilla?

With regards to my interview, I have sort of mixed feelings. I always find it a bit amusing to be interviewed (do people really want to learn about my story?) but then I end up thinking that I forgot to say something important, or that something I said could have been reframed in another way, etc. Anyway, the interview hasn't been published yet. We'll see when it's out.

That same week I made a quick presentation about chat.meatspac.es at the monthly Ladies Who Code meetup, but I already wrote about that.

I kept working on my part of the new features for AppManager --plus filing bugs, pinging people, asking questions--, and two weeks later I flew to Portland because DevTools were having a work week there. It was a long flight with all the connections, but it was well worth it. I learnt a lot about DevTools, put faces to the names I usually see on IRC, I explained the motivations of our team and how we aim to represent and defend the needs and wishes of app developers. Basically: how can we make it easier for people to write apps? We certainly need both libraries and APIs, but also developer tools support, and one of the parts app developers interact a lot with is the App Manager.

So we sat with their UX designer, Darrin Henein, and started iterating and mocking up upcoming features and ideas for the App Manager. Also--I saw the future, and it was really impressive. I can't wait to see the demoed features land in Firefox. Angelina Fabbro, who was there too, put it like this:

While at Portland, we also met with people from the Marketplace team --because, you know, Apps, Devtools and Marketplace have to be friends; it doesn't make sense for them to operate in isolation-- and we got some interesting ideas for the future. More to be divulged in later installments of my blog--stay tuned.

I also spoke to the mighty Jordan Santell of Dancer.js fame, because... he actually works in DevTools! We discussed our Web Audio projects, and he demonstrated an early AudioContext inspector panel for DevTools, and if that looks exciting, imagine how the rest of the demos were. We also talked music, jammed with Nick Fitzgerald's Maschina and listened to everyone else's songs--it seemed that suddenly everyone in the room was a musician. So amazing!

Guess who else we met at Portland? Yeah, you guessed it right: the guys from Ember.js, Tom Dale and Yehuda Katz, who came to our office to show how they built their Ember inspector. But it doesn't stop there. I also stumbled upon Troy Howard --who I'd met at CascadiaJS-- on the street, as one does when coming back from a visit to Portland's legendary food trucks. And we had lunch with Tracy who's curating this year's CascadiaJS. I see a theme here...

But there was also time for fun: we visited an amazing place called Ground Kontrol which is full of arcade cabinets and pinballs. Oh, and cheap (by London standards) video game themed cocktails. I had a chance to play Final Fight and TMNT which are some of my favourite arcades ever! Yay! 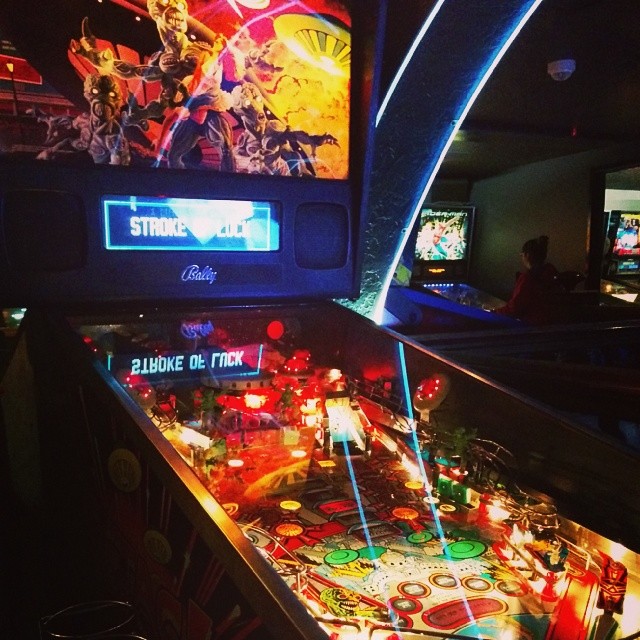 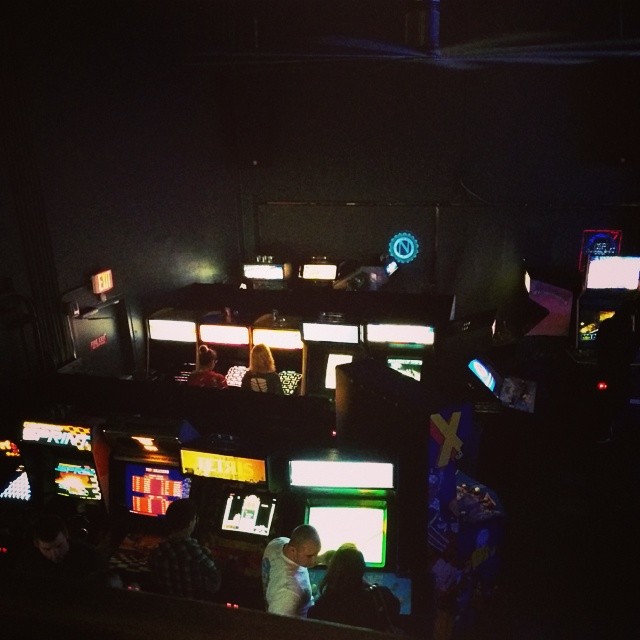 And I also gave Angelina the best t-shirt ever, based on the best tweet ever:

When I made it I thought it was super funny (what with it using the same colour scheme and layout that the W3C spec does!? isn't it hilarious!?), but I always get insecure before I show things in public. However, judging by the response, I should maybe make more t-shirts! :-)

Before leaving Portland my awesome team mate Edna Piranha and her husband showed me around the city. We had a quick meat up taco lunch with some meatspacers, and then we drove to see nice views. I had to pretend there was a volcano far away but it was hidden by the fog. The trees were really amazing though, same as with the falls, so I can't complain about what I saw. 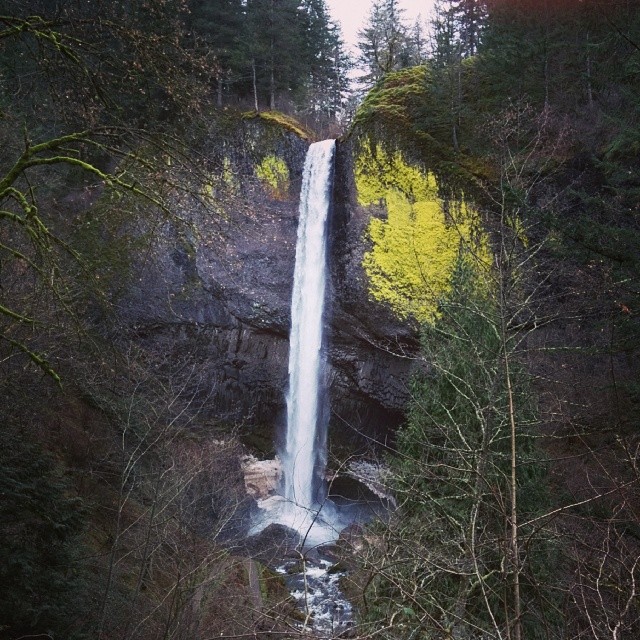 One of many beautiful falls

Due to time zones and flight connections I started flying back to London on Saturday and arrived early Monday, so my week so far has been a bit weird, with my body still feeling halfway between PST and GMT times. 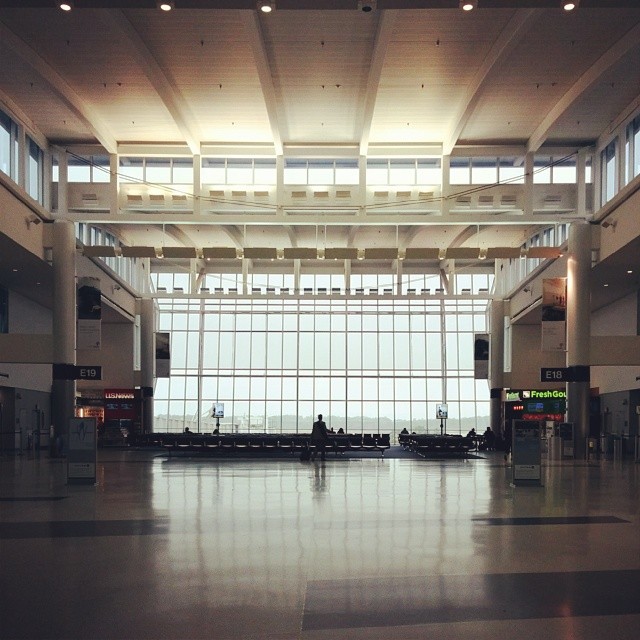 We have also been speaking with people from Google so that we all work together on promoting web components. Don't you think that we only call them when doing WebRTC demos! One of the most recent fruits of these talks is that you can now search for X-Tag based components in the customelements.io registry, thanks to a query string search feature Zeno Rocha implemented. Thus, we no longer have our own X-Tag registry--we are sharing the same registry for all components, be them X-Tag based, Polymer based, or anything-based! Excited is not enough to describe how I feel about this initiative! (Also, did you see this new feature in Firefox?)

I have finally started to document tween.js in my spare moments (which are really few, but bear with me...). You can read the work-in-progress user guide already. There are some missing sections and several TODO items, but it's getting there. Let me know if you'd like to learn about something in particular!

The first chapter is an article by Angelina, which we raced to finish editing when Angelina's laptop had only 12% of battery. Ahhh, that sudden rush of adrenaline when the indicator drops down to 1% as you click the Save draft button---will the computer hibernate or will the post be saved before that happens...? But their article can't be published until Brick 1.0 is released! (it's currently on a Release Candidate version while some bugs are still ironed out). So you'll have to wait until mid March, but at least both articles are finished and ready for publishing. Yay! Who knows, I might even start thinking about a 'third chapter' in the meantime!

March is looking equally mental in terms of activity, and apparently the conference season opens early for me this year, as I'm going to be on the panel for Web Components at Edge Conf here in London. I'm really humbled and thrilled to have been invited to be there with all these superb co-panelists, so if I turn all red when I'm on stage you now know why.