As I mentioned in my previous post, I am going to describe how to use Let's Encrypt to generate free digital certificates that you can use to serve secure https content instead of plain unencrypted http.

There's a lot to learn in this space, so that's why I'm splitting this in various posts.

I'll start by clarifying the 'secure' aspect. When we say secure, we generally mean one of these two things:

Our goal with https is to establish secure transmissions between our web server and the users of our server--or as secure as we can make them, as crackers are always at work trying to find the next vulnerability, to break into systems and make money! The list of recent security incidents proves it: Heartbleed, POODLE, Logjam, etc...

So how are HTTP and HTTPS related?

TCP will ensure that even if the response is split across different parts because they're too big to fit in just one part, the browser will not only receive all of them, but also in order.

But when TCP prepares the data to send it across the network, it doesn't apply any sophisticated processing or encryption to it. At most, it will split the data in various packets, but that's it.

If someone gains access to the network and starts looking at the packets sent between a browser and a server using HTTP, they could make sense of what's going over the wires.

This is where HTTPS fits in. HTTPS "sits" between the HTTP server (the web server) and the transport layer (TCP), and encrypts the content of the packets before they are handed over to TCP and sent to the browser. Likewise, when the browser sends stuff back to the server over HTTPS, the data is first encrypted, then sent. The HTTPS layer in the server will decrypt it, before handing it to the server itself, which will to all effects just get normal HTTP data. The protocol used for the encryption is normally TLS although older systems might use SSL.

Because the encryption is happening at the application level, and not at lower levels, the IP addresses and ports used to establish the connection are still disclosed and can be accessed by attackers, although deciphering the transmission is way, way harder (vulnerabilities aside). The rest of data, including the address of the page we wanted to retrieve, the contents of the response, etc, are encrypted.

But it doesn't ensure that websites are not malicious by any other means. You should still exercise caution!

Attacks against insecure connections are on the rise

Initially pretty much only banks used https connections. Obviously you don't want someone spying how much money you have and then modifying your payment data to redirect it to some foreign scammer account instead (and also the bank doesn't want to be bothered by your claims), so it made sense.

But over time, various types of evil techniques have been developed to extract as much money as possible out of people who use unencrypted http connections. Someone which intercepts http data not only can spy on you, but also do things such as:

Or: how does a user get attacked? 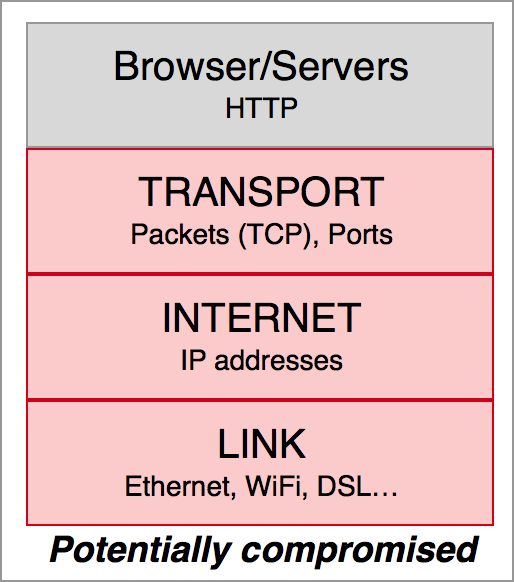 And if it wasn't enough with random strangers trying to break into our lives, turns out that network providers sometimes attack their own customers too. For example: In light of all this, I guess you will agree with me that the unencrypted web is a dangerous place.

But if you still needed more reasons to use HTTPS... 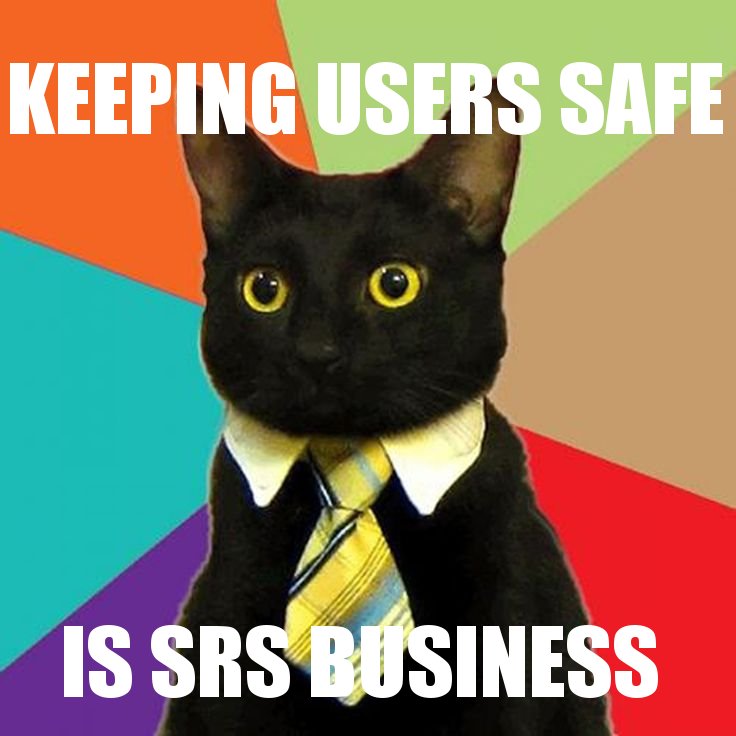 So here is part 1 of this series on Let's Encrypt. I hope I have installed on you a burning desire to migrate all of your websites to https (or to go make silly memes with SRS CAT, I'm fine with that too).

We'll continue tomorrow, looking at HTTPS and certificate authorities. In the meantime, stay safe and don't enter usernames or passwords via insecure connections ;-)