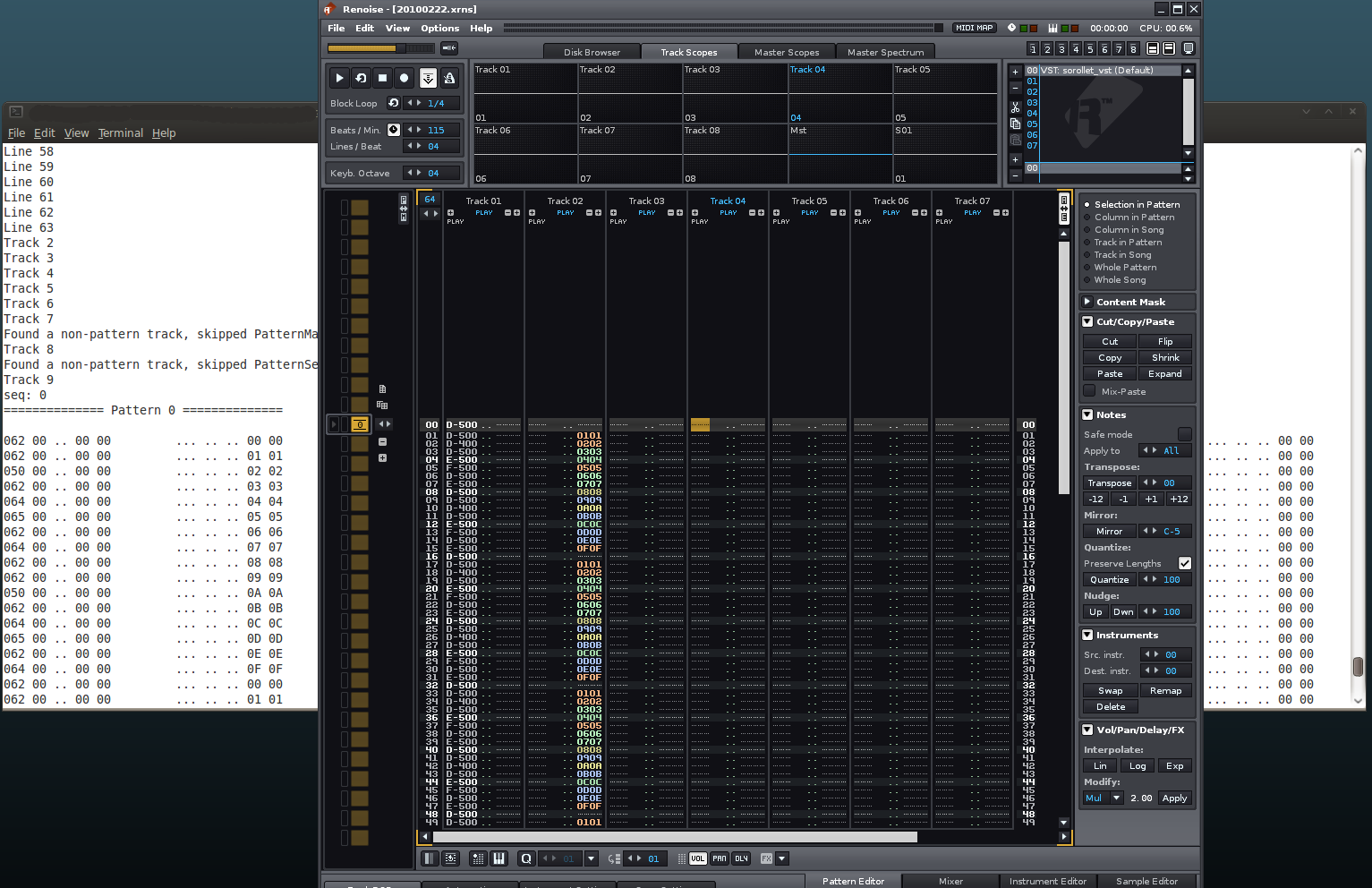 And because reading is as important as verifying, I also added a 'print' method to the pattern class, so that it can dump itself to the screen and I can check that everything goes as it should. It's easier to spot things this way (specially when comparing with the tracker on a different window) than going through the variable values in a drop down box in the debugger. Specially when the values are nested/matrix style like these ones! ;)

I'm also reading and storing the values of the order list, of course, so I'll probably begin work on the player itself tomorrow. I think I more or less understand how the new LPB parameter works compared to the old Tracker-style Speed did. I thought the Ticks per Line were modifiable in each song but it looks like they are fixed to 12 beginning with the latest versions of Renoise (they were 6 before, I think exactly like old school trackers used to time things). Anyway, I won't attempt to do very tricky things in my song so I should be safe. If anyone wants to mess with the data files, it's up to them :P

I also ran the test program through the amazing awesome incredible valgrind, before there is more code and possible memory leaks, but it looks like I'm clean right now ;)

Oh and I could also verify that the aesthetic issue of the sliders not being updated has been corrected in the latest renoise version (2.5RC1), so great on that side too!

By the way and on a slightly offtopic theme, I have just found out that sk@le tracker development has been suspended. It's a pity, and although I didn't really use it too much (except for doing few XM files, before Milkytracker entered the stage), I have always been very proud of the fact that it was an Spanish scene initiative :D

Anyway, big thanks to Baktery and friends for all the effort they put into the program. Wishing you luck in your next projects!