Sorry for being late to the Speccy 30th anniversary party. Life got in the way. But I'm sure you understand. Although it's not like I was a Spectrum expert anyway. In fact, we never were more than simple acquaintances, so to speak. While I spent evenings with my eyes fixated on a green screen, and secretly longed for a magic event that would convert the phosphorus into something multicolour, our neighbour next door was playing games with his Spectrum.

He was subscribed to Micro-Hobby; each month we saw the magazine punctually standing out of their postbox, wrapped in plastic cellophan. His face when collecting the magazine was one of anticipated joy. I could just imagine --maybe even envy-- what he was about to experience. Games, demos, utilities. Digital sounds, colours. The novelties, the excitement of new things to come. All in the accompanying tapes, or in the listings inside the magazine.

I had to be content with turtle graphics, and a ridiculous beeper.

Granted, even though it was monochrome, it was extremely cool anyway --almost no one else in the school had ever put a finger over a computer keyboard ever--, but the rest of the world was trying hard to make me feel green with envy. There was no way I could escape knowing that there were other sorts of computers which could make noises and show colour graphics.

One went to buy a dishwasher and there were several Spectrum models, games and accessories for them, side by side with fridges, ovens and whatnot. Even newsagents had a stand or a couple of shelves with Spectrum tapes at quite cheap prices.

Talking about newspapers, one of the most popular --"El País"-- published the usual week-end supplement: interviews, opinion columns, fashion, cooking, etc. There was also a little sort-of leaflet in the center of the magazine, called "Pequeño País", which roughly consisted in a handful of pages covering topics that children and youngsters could be interested in: movie and book reviews, a couple of comic pages from some well-known author (e.g. Blueberry), and maybe some more by an unknown but promising author.

As home computing grew in popularity during the 80s, in 1987 they started a new section, El Tebeo Informático, where they would review computer games. Probably even accompany the review with some cheats, in the shape of BASIC 'pokes' or loaders. Of course, none of those games was published for the PCW, so I could only look at the screenshots, read the descriptions and dream with that day in which I would be able to experience those games myself.

One of my birthday presents was a cassette tape with the original soundtrack from a famous animated series (at the time), David el Gnomo. Of course, I was cursed with the best of the bad luck: the latest track in the B-side was a computer game for the Spectrum. In my innocence, I ended up one day subversively sneaking in the computer room and carefully examining the PCW's disk drive, trying to find out if there was a way to fit the tape into the 3" drive, and thus play the game. Evidently, that didn't work, and unfortunately there's no available dump for the game, so the only thing I have ever seen to date are those screenshots from World Of Spectrum.

Sometimes, when we went to department stores, I was left on my own so that I could peruse the book shelves in order to find something I liked, while the rest of the family did the same. I loved going to the computer books section, and finding all those books on computer graphics, sound, and games... but I was then quite disappointed when finding that most of them were written with Spectrum Basic in mind, and thus even if I got the book I wouldn't be able to type in and play with its listings.

The situation regarding technical press was more or less the same. Since no magazine was published exclusively for PCW users in Spain, I got to read Amstrad User. It was only about Amstrad at the beginning, but when Amstrad acquired Sinclair they ended up writing more and more about the Spectrum, even covering that PC200 sort of strange hybrid fiasco between PC and Spectrum. 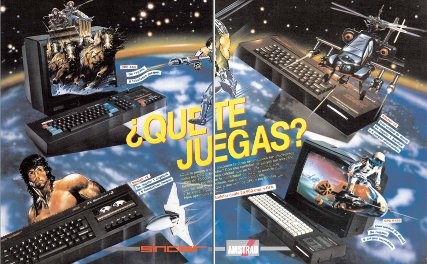 Around the summer of 1990 Amstrad released a series of super attractive Spectrum packs. They consisted in the computer, plus six games and a joystick! Woooow! I tried --in vain-- to get one. I argued I had got my best marks ever, and if we got the Spectrum I would use the joystick to play games, so no keyboard would get damaged with repetitive kick-kick-kick-kick motions (such as when playing Last Ninja 2) but that didn't work. Instead, we got a PC that I was occasionally allowed to use. Granted, it was way faster than a Spectrum could ever hope to be, with its humble Z80 at 3.5MHz, and the VGA graphics were way better, but somehow the Spectrum aesthetics had grown on me. I had heard and read so much about the Speccy, that I was missing it already.

Years later, emulators became feasible, but alas!, I didn't have an Internet connection to download one... 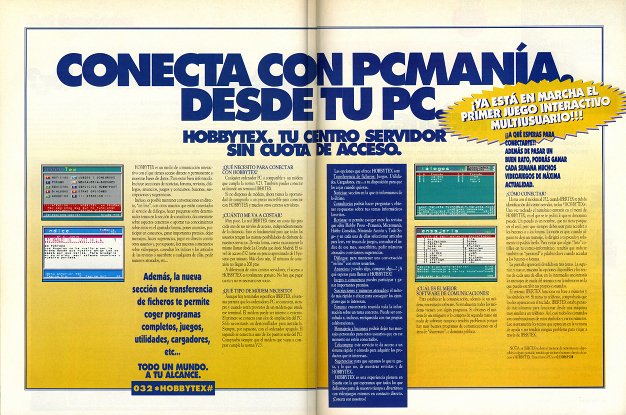 However, there was a way. It was quite a feat itself, now that I recall it, and certainly shows the lengths curiosity can drive people to. I used to buy a PC magazine, PCMania. The publishers, HobbyPress, maintained an Ibertex node. Ibertex was the Spanish network equivalent to the French Minitel. Each month they included their client software in the accompanying floppy disk. This client was quite advanced compared to the standard Ibertex clients, as it not only handled downloads but also was able to fragment them in parts, and therefore downloads could be resumed, a very nice feature as the phone line quality was fragile, so to speak. 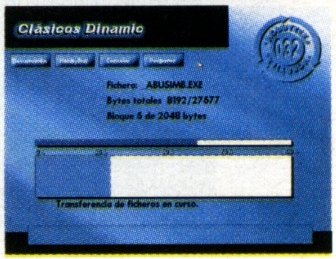 Using that system, I downloaded Pedro Gimeno's Spectrum emulator, and a couple of legendary Spanish Spectrum games: La aventura original and Army moves. I still can't understand how that could even run and be playable. I mean, an emulator for a 3.5MHz machine, running under a 12MHz machine! Spectrum emulators for nowadays phones can hardly process user input without lagging. I don't know how Pedro did it, but I certainly played those games for weeks. It was great! And it was also certainly funny to be discovering the joys of the Spectrum while everyone in the media was already talking about the Internet, Mosaic, or the WWW.

However, I learnt a lot about the Spectrums since then; and all thanks to the Internet. I played more games thanks to emulators and sites such as World of Spectrum; I have listened to lots of Speccy music (the so-called beeper music). Also I have enjoyed some glorious demos that pushed the envelope quite further, such as Aah... the tape loading era:

I even went as far as learning how the attribute clash worked, and implemented a "ZX Spectrum" effect for my 8 bit retro camera application for Android, Nerdstalgia. Yay!

At the end I never owned an Spectrum, but I feel like I owe them a little bit of my computer curiosity/motivation. So... here's for 30 more years of retro-computer inspiration and achievements! Long live the Speccy, and all his cousins!