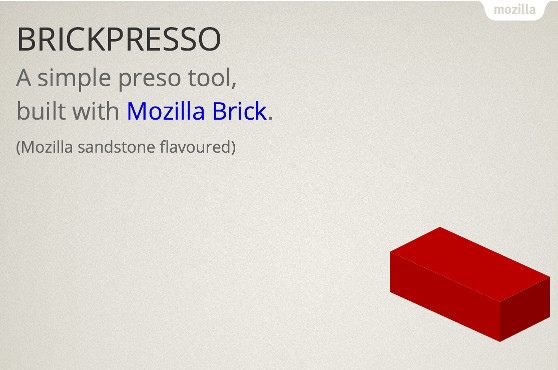 I needed to prepare some slides, but I found the existing HTML+CSS3 systems a tad too complicated for what I needed/wanted. And since I was working on something that used Mozilla Brick components, I decided to see if I could solve this problem, quickly.

Within minutes I had assembled this little script that uses x-deck and x-card to display "slides": here's the demo.

Thanks to the help and suggestions of Potch I also added proper full screen support. Wenzel suggestions of making a Mozilla themed version was good too. All easily done!