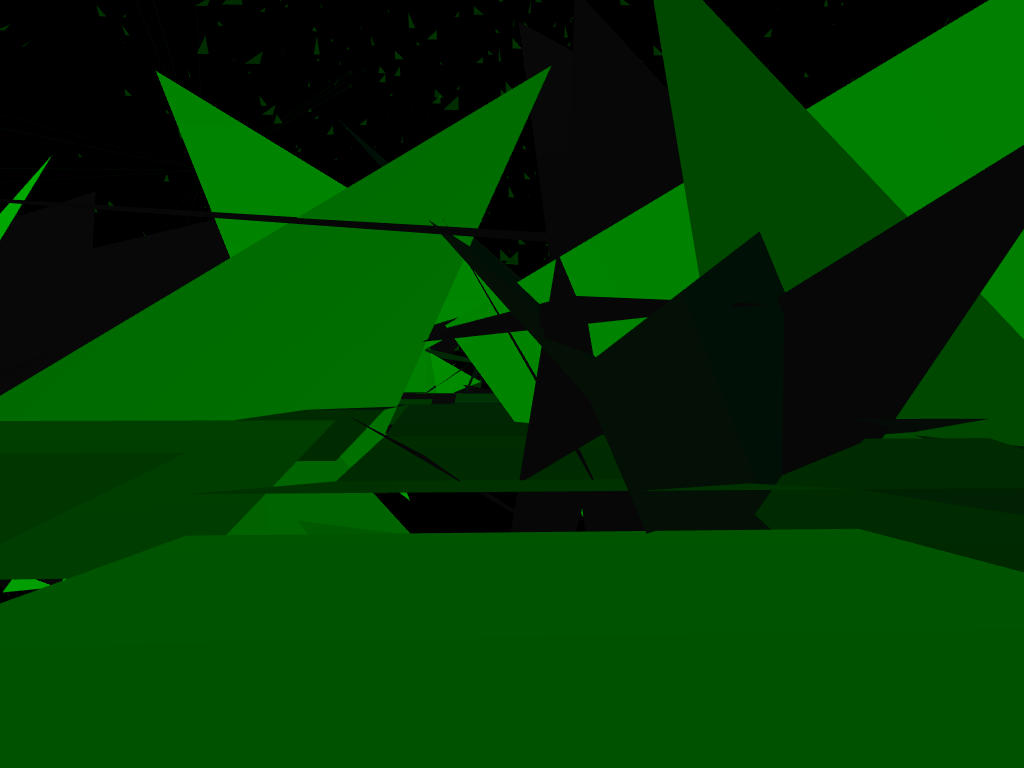 In the demo script you can access several functions which I created in C and exposed (registered) to Lua. So for example, there's a function for loading a song in C and once I say to Lua: hey, there's this function in C that you can use!, you can write loadSong("filename") in the script and it will end up calling fmod through the C function.

The syntax and function naming is highly inspired by Processing's syntax, although I still want to change a few details and remove some functions which end up doing the same, so that there's only one way of doing things and it's minimalist, as Lua is. 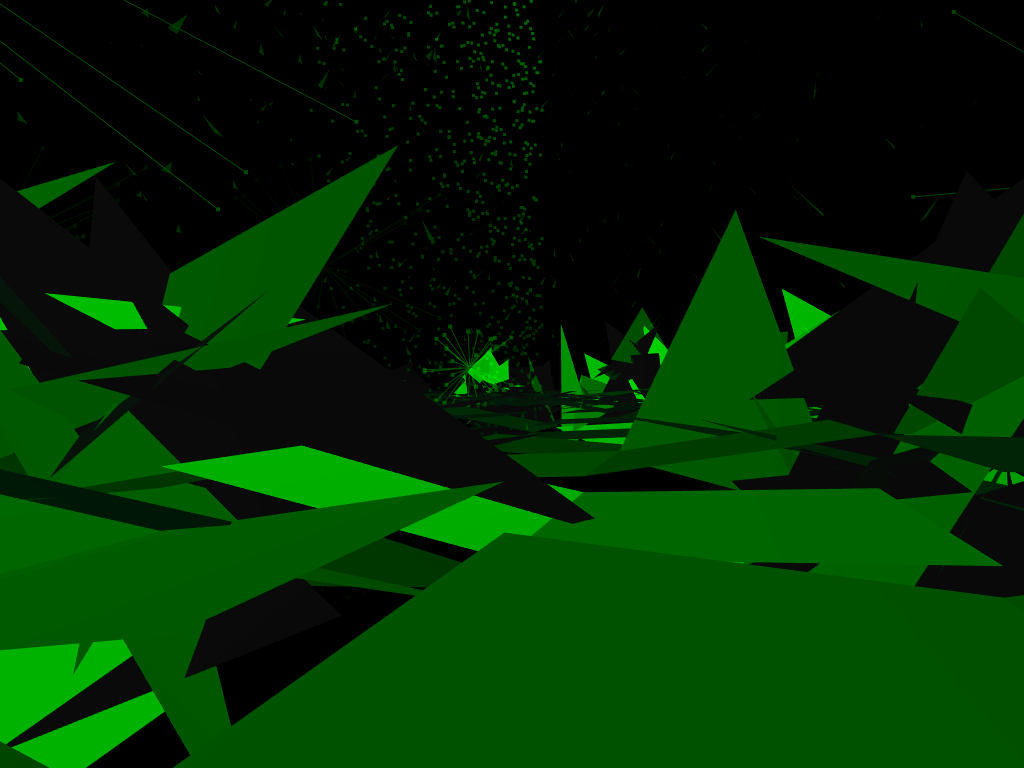 Some weeks ago, trace was joking about the lack of texturing of any kind in my demos. I said I would try to use some texturing next time, but as it happens, I thought it would be more funny to play with lights. Yes, I think it's the first time I use lights in a demo. Well, a light. Since the song's title is 3400 miles below, I thought of building something like an underwater world. A very deep one indeed, since sun rays do not even reach that depth, and so any ship which wanted to explore that area would need to use their own light - hence the light is needed for illuminating where we are looking at ;-) 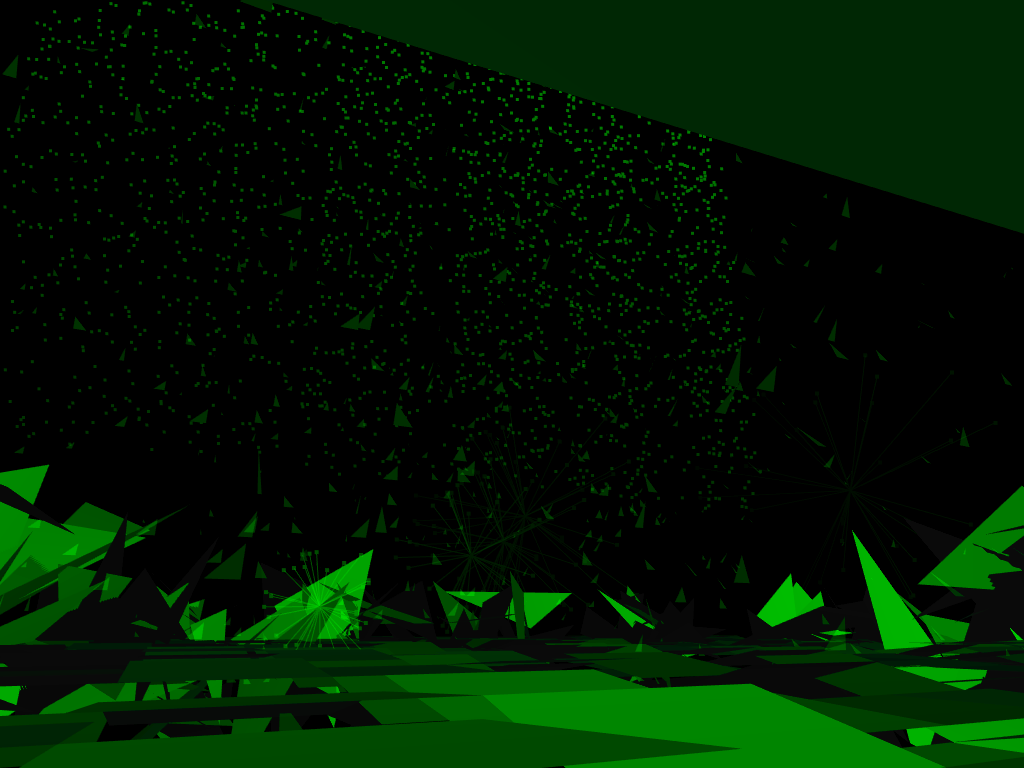 Source release and other builds

I intend on releasing the source code soon, once I decide which functions go away and which ones do stay. It is only a few source files and it's built with C and some bits of STL so it hopefully should be quite easy to understand and follow, even if you just want to see how to connect Lua and C.

I also need to fix a couple of details, such as the universal libraries issue that I found at last minute, and changing to the data directory in non mac builds (in mac, it automatically changes to the data dir inside the Resources folder), etc. At that point new builds should be available for something else than Leopard.

I was also thinking of replacing fmod with a free alternative, but I have several problems: it seems there isn't a decent, open and easy to integrate module player library (other than fmod and bass, which doesn't work in linux), and libvorbis is quite heavy for what I want. Suggestions welcome :-)