I'm super ultra thrilled to say that I'm speaking at CascadiaJS next week*, on Audio Tags: Web Components + Web Audio = <3. The agenda seems not to be finalised yet so I don't know when is my talk scheduled, but if you want to learn more about my latest delirium, and will attend CascadiaJS, then it's your chance to get immersed in my soley-loquy (HA HA--isn't it amazing to make words up!?)

I'm equally excited that I'm going to be in Vancouver for the first time, as I've never been so far up north-west. If Vancouver is at least as equally great as Toronto was, it's going to be an extraordinary stay. It definitely has a bunch of great people already lined up!

On an slightly related topic, I attended Full Frontal Conference in Brighton past Friday and one of the closing remarks from Remy Sharp was:

Which makes me feel guilty that I still haven't published my very thorough and long post on MozFest which I attended two weeks ago, but it's missing all the pictures which might make it more palatable, and I've been busy preparing my CascadiaJS's talk, so it'll have to wait.

I am also doing Nanodrawmo again this year, and even managed to convince some people in the office to join the challenge (Hi Zac! Hi Melissa!). So I drew every speaker from Full Frontal Conference instead of taking pictures and stuff. I will scan everything and publish it when I'm back from Vancouver, but in the meantime here's a taster of the Duke of York cinema while waiting for the conference to start: 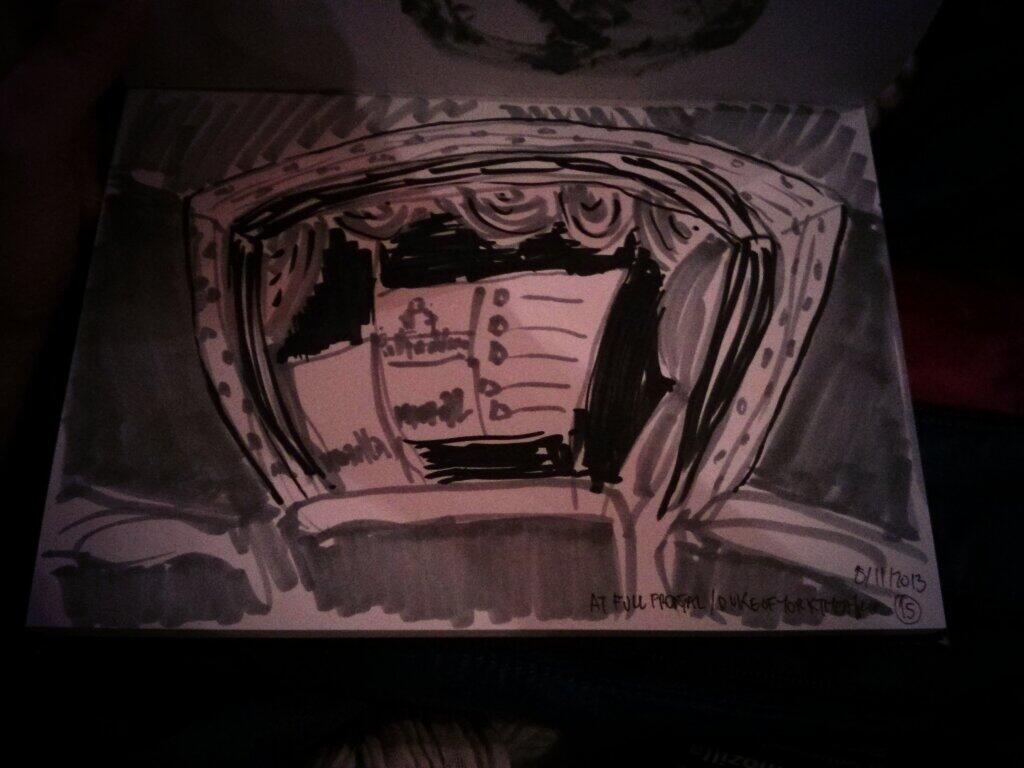 * It's probably a tad too late to post about CascadiaJS there, but I don't think anyone is going to attend a conference only because I am speaking at it anyway