I arrived to Uruguay one day ago (I think) for JSConf.UY which starts tomorrow. I actually started travelling on Monday. This morning I wasn't sure of which day it was today--was it Wednesday or Thursday already?

This is all because the 12h 30min flight to Montevideo happened overnight so when I landed here it was already a new day, but since I hadn't slept properly I felt like it was still Monday.

Due to a long collection of circumstances my slides weren't ready before the trip, so I spent quite a bit in the plane trying to implement my great idea that I had had suddenly after coming back from WordCamp London on Sunday. Needless to say that:

so I have spent the last day(s?) getting to grips with reality and going back to basics, plus navigating the haze of jetlag/hemisphere change confusion.

I was kind of annoyed with my previous slide setup, using reveal.js and node.js. It was better than using Reveal per se, but it was still driving me nuts with the CSS (what overrides what? what are those mixins? where do they come from?) and also with all its weird dependencies despite its claim that it doesn't have dependencies.

So this time my slidedeckinstein is based on Potch's decky but modified to support fragments as well, which I use. For simplicity I am not using any build system. It's just html, css and js. I like that with everything being so simple I understand what's going on and I feel under control, which I didn't feel with reveal or bespoke or any of the other systems I've tried before. And that's good because I have been really sleepy these days and at some point I edited something I shouldn't have edited, etc. Right after that I initialised a git repository because obviously I couldn't trust myself ;-)

I also didn't have time to come up with a new fancy design so I decided to go for brutalism, which I'm currently slightly fascinated with. Here's a teaser: 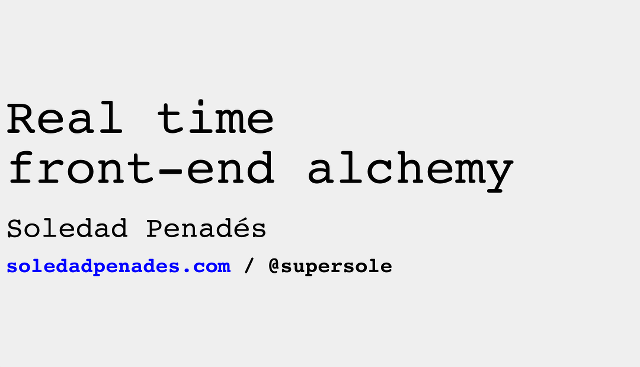 I learnt that there would be talks in Spanish and English, and there would be a translation service to Spanish. Since I'm a native speaker I think it's a bit pointless to make the effort of speaking English to then have it translated to Spanish, so I spoke to the organisers and my talk will be in Spanish. Yay! Excited to give my second talk in Spanish (!).

The weather here is also confusing me---when I left London it was rainy and grey and chilly (yeah, no surprise? but it's April!). Here it's now mild and very humid despite being in autumn; reminds me a lot of Valencia's weather. I essentially am not sure of what to wear and I'm afraid it will suddenly rain a lot and I'll get a cold because I'm not wearing suitable clothes, but my other jacket seems too warm and will become annoying at the end of a day.

Another thing that is confusing for me is why has the coffee have this strange metallic aftertaste in 3 out of 4 coffees I've had. I just don't understand how they can just drink it without wondering if there's something wrong on it? Maybe it's an acquired taste...? Mystery!

This has nothing to do with my talk but I am quite amused by this picture on my room: 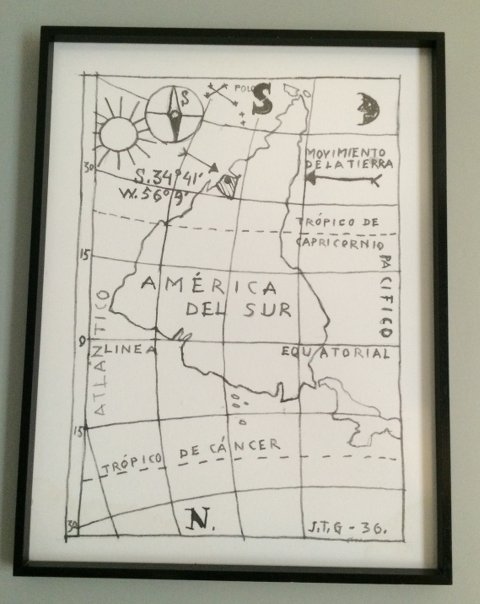