GNOME's Character Map, also known as Gucharmap, comes by default with Ubuntu and any other distribution that uses GNOME. And dull and functional as it is, it can also be the source of much enjoyment! 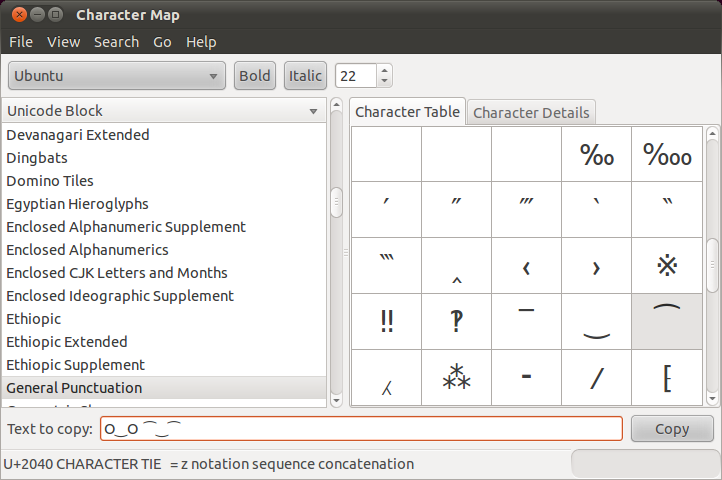 The trick is easy: just go browsing around the Unicode blocks until you find something you fancy, and double click the character so that it's added to the "Text to copy" field. Then play with some chars until you get a result, since you can also edit text in that field.

I'm pretty sure speakers of the languages which use the characters we "draw" with will be massively puzzled by our behaviour. But it's funny anyway!