I am right now in Cluj-Napoca, in Romania, for OSOM.ro, an small totally non profit volunteer-organised conference. I gave an updated, shorter revised version of the talk I gave at Amsterdam past June. As usual here are the slides and the source for the slides.

It is more or less the same, but better, and I also omitted some sections and spoke a bit about Firefox Developer Edition.

Also I was wearing this Fox-themed sweater which was imbuing me with special powers for sure: 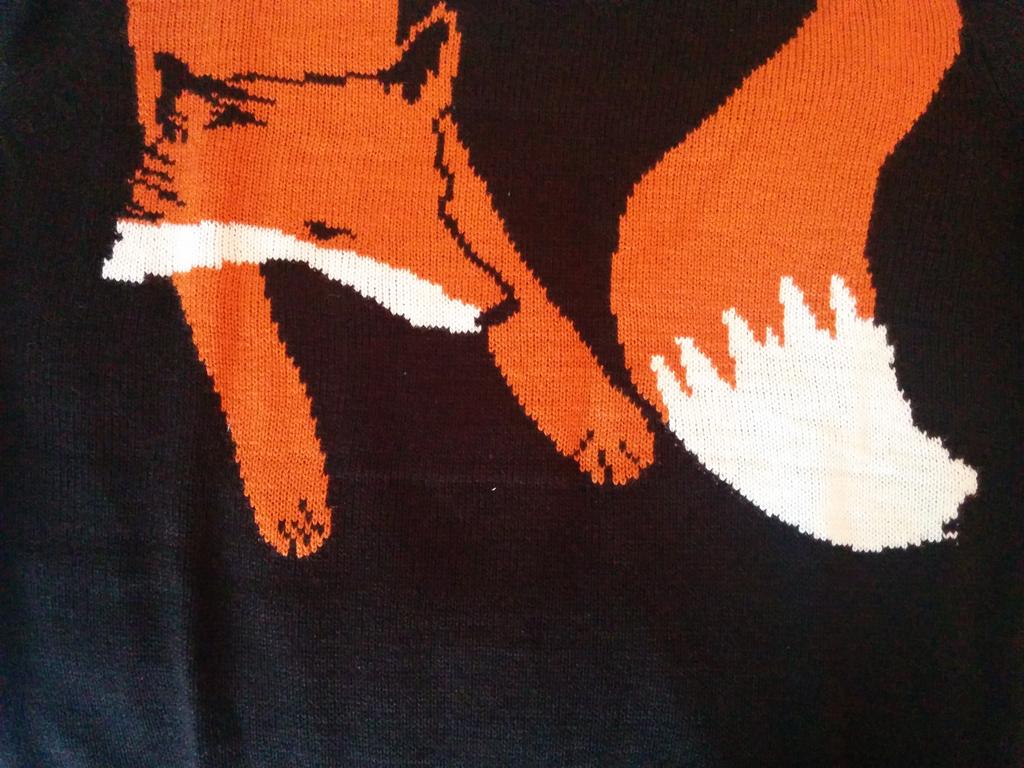 (I found it at H & M past Saturday, there are more animals if foxes aren't your thing).

There were some good discussions about open source per se, community building and growing. And no, talks were not recorded.

I feel a sort of strange emptiness now, as this has been my last talk for the year, but it won't be long until other commitments fill that vacuum. Like MozLandia---by this time next week I'll be travelling to, or already in, Portland, for our work week. And when I'm back I plan to gradually slide into a downward spiral into the idleness. At least until 2015.

Looking forward to meeting some mozillians I haven't met yet, and also visiting Ground Kontrol again and exploring new coffee shops when we have a break in Portland, though :-)